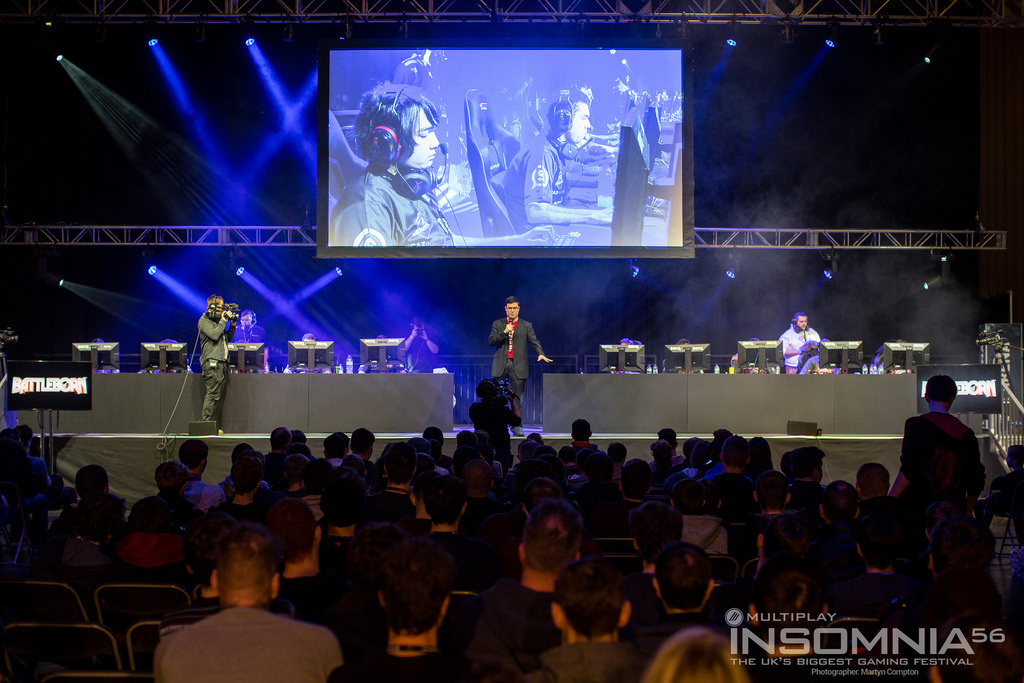 Insomnia57 is a gaming festival in Birmingham in the UK featuring various online YouTubers and personalities, alongside various exhibitions and retailers. One other key aspect of the Insomnia events is their eSports tournaments and with Insomnia57 just over a month away, they’ve announced the first six titles to feature.

Counter Strike: Global Offensive, League of Legends and DotA 2 are the unsurprising attendees with a prize pool of £5000 for each. New to Insomnia this time around however is the introduction of Rocket League, Psyonix’s rocket powered cars meets football success. Budding Rocket League professionals will be playing for their share of £3000. Street Fighter V and Halo 5: Guardians complete the lineup, with £1000 and £3000 respectively.

If you’re looking to compete in either CS:GO, LoL or DotA 2, you’ll need another four players alongside you as the official ruleset is 5v5. Rocket League is 3v3, while Halo is 4v4. Multiplay, the company behind Insomnia, have announced that Call of Duty: Black Ops 3 will not be reappearing this time around, however it will return for Insomnia58.

If you’re interested in participating in any of the tournaments or attending the event as a spectator, you can buy tickets here. For more information, here is the official Insomnia site.