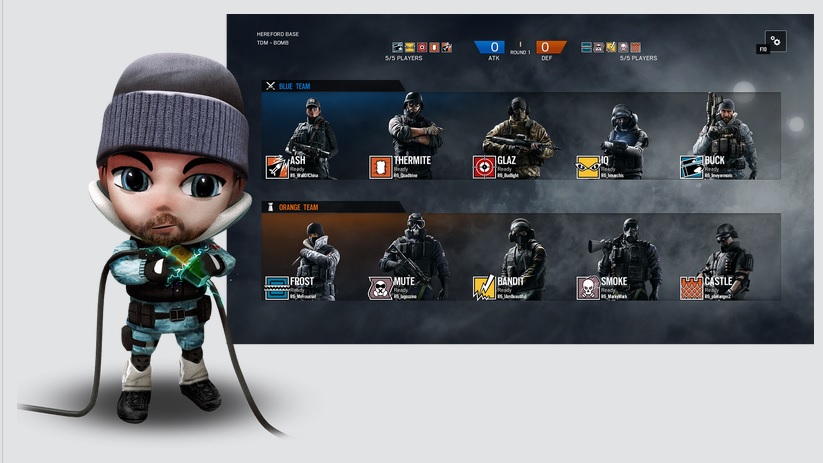 With the release of the Black Ice DLC update for Rainbow Six Siege, quite a few big glitches made their way into Ubisoft’s tactical shooter which resulted in many unhappy fans and angry page-long forum posts about this new update. Ubisoft seems to be really getting their act together in trying to balance Siege and are releasing Patch 2.1 today on PC (16th on consoles) in order to fix the raft of glitches which came with the Black Ice update.

First off, the weird T-Pose glitch that caused Operators to appear to glide round the map with no texture work on them, affectionately dubbed the ‘Black Jesus’ glitch, has been fixed in the new patch. You will no longer see friendly Operators swooping round corridors and dead bodies reverting to floating T-Poses at random intervals while playing Siege. Kapkan’s invisible trap glitch has also been fixed, meaning that crafty Defenders can no longer disguise their traps by removing the laser tripwire from player view. Other glitches like headshots not registering correctly and causing Operators to be injured, Bandit being able to duplicate his Shock Batteries and Blitz being able to blind players who were turned away from him; these have all been fixed in Patch 2.1 so you can play Rainbow Six Siege without worrying about as many janky interactions between Operators.

There have been a few balance changes too, like having Blitz’ head actually covered by his Flash Shield when people are within 3 metres of him as well as lowering the recoil on select weaponry. You can now hold Custom Games on dedicated servers so no player gets host advantage and improving stability in game. There are spectator slots on Custom Games but there is only one slot available in its current state, but do look out for additional updates for Custom Games in the future. To see the whole list of patch notes, check out the forum post over on the official Siege website.