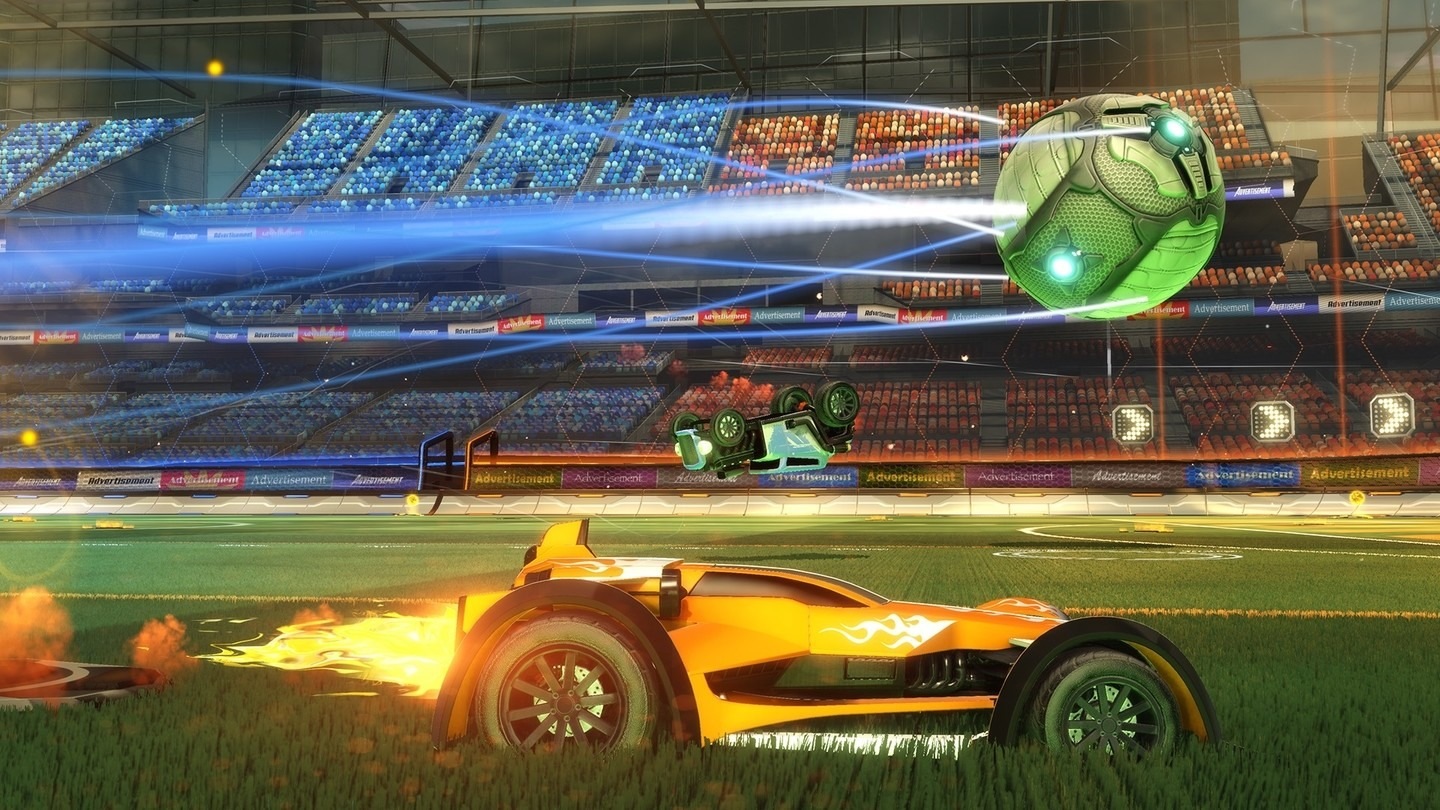 Xbox One gamers will soon be able to join the delighted millions on PlayStation and PC when Rocket League launches for Microsoft’s system this February 17th. Developers Psyonix, along with their partners Panic Button say they are proud to bring the title to the platform and are including the three previously released DLC packs with the base game on Xbox One. Additionally, Xbox gamers will have exclusive access to two exclusive vehicles: The “Armadillo” from Gears of War and a Warthog variant from Halo, called the “HogSticker” as well as access to Xbox-exclusive Garage items like Fizzie and the Overcharge Rocket Trail from Sunset Overdrive.

Rocket League, for those of you who’ve been living under a rock on Mars, is an arena-based, multiplayer football game in which players control rocket-powered cars rather than overpaid primadonnas. Teams compete in customisable buggies and launch themselves into a giant ball with the intent of knocking it into the opposing team’s goal. This rather simple concept belies the brilliance of its execution as Rocket League has quickly become one of most popular multiplayer titles around thanks to its fun yet simple controls and addictive gameplay.