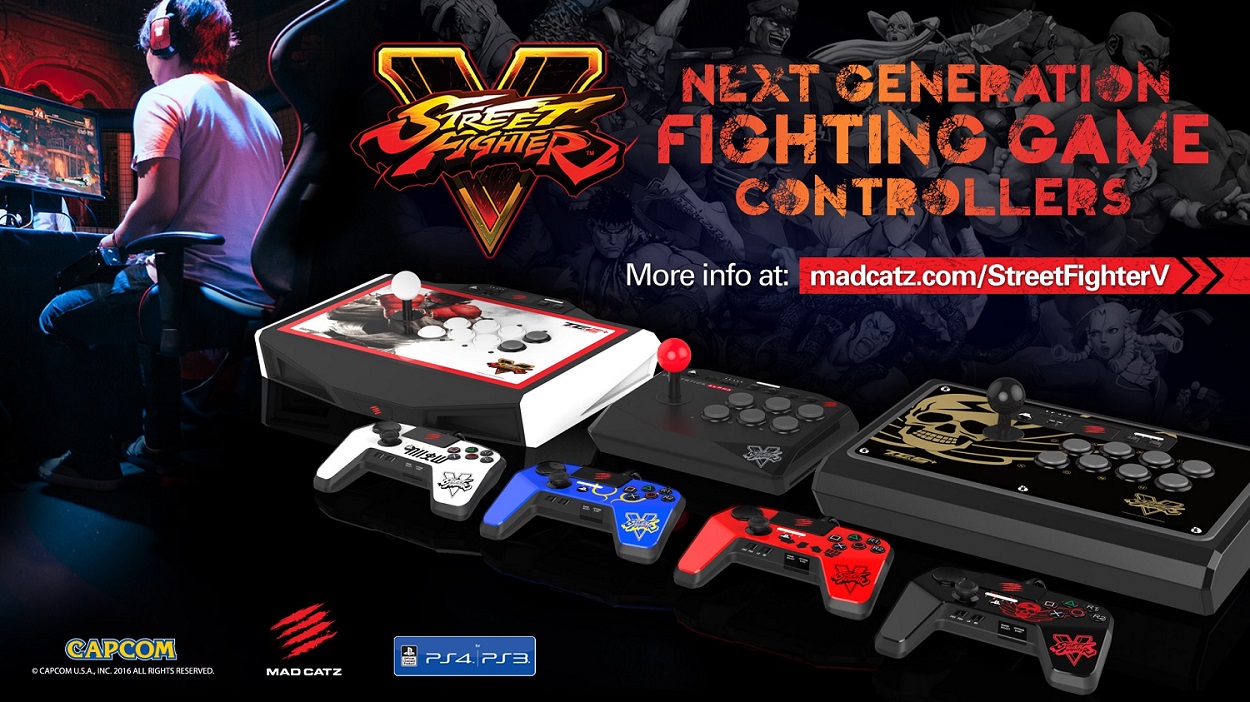 In a happy bit of news for all PS3 world warriors that are transitioning from Ultra Street Fighter 4 to Street Fighter V, PS3 arcade sticks will be compatible with Capcom’s new fighting game. According to Spanish site Meristation (which has now since been taken down), players will be able to plug in fight sticks designed for the PS3 and they will work natively with SFV, probably thanks to the special PS3-PS4 fight stick driver developed by Lab Zero which many fighting game developers have integrated into their current generation titles.

So, no need to go out and buy that brand new TE2+ fight stick just yet as you can still use your old faithful stick should you wish to keep the dream alive in Street Fighter V. With the PC build, Capcom have announced that they will be updating the game to include D-Input, so you can use your PS3 sticks on PC as well as on console. For Xbox fighters who are making the transition, you will have to buy an adapter like a Cronus Max if you want your stick to work with a different system, which can be expensive and temperamental at times so you may just be better off buying a brand new stick to avoid the hassle.

Also in the Meristation article, it has been revealed that Alex will be the first DLC fighter for Street Fighter V and will release in March, along with character challenges and Spectator Mode. DLC characters will apparently be releasing every month from launch, according to the article, and that DLC characters will cost 100k Fight Money to unlock. Just a reminder, Fight Money is the currency that players earn by playing online matches, completing Arcade Mode and so on while Zenny is the premium currency which you can buy with real cash. Characters will cost 600 Zenny which is about £5, with character costumes costing 400 Zenny which is around £3.50.

Capcom has since revealed that these rumours are true and that the first DLC character will be Alex with him coming in early March. The PS3 legacy patch will be coming with the Day 1 patch for Street Fighter V so make sure to update your game before heading out online.

I only wish this news was announced earlier, as I know many fans who have already shelled out up to £200 for a new fight stick for PS4 as they thought that PS3 sticks would not be compatible with SFV. It’s a bit scummy and no doubt held back to increase sales of Mad Catz’ new line of controllers, in order to stop people simply sticking with their 7 year old fight stick. This will all be confirmed a week today though, when Street Fighter V releases to the masses so watch out for our review in the near future.