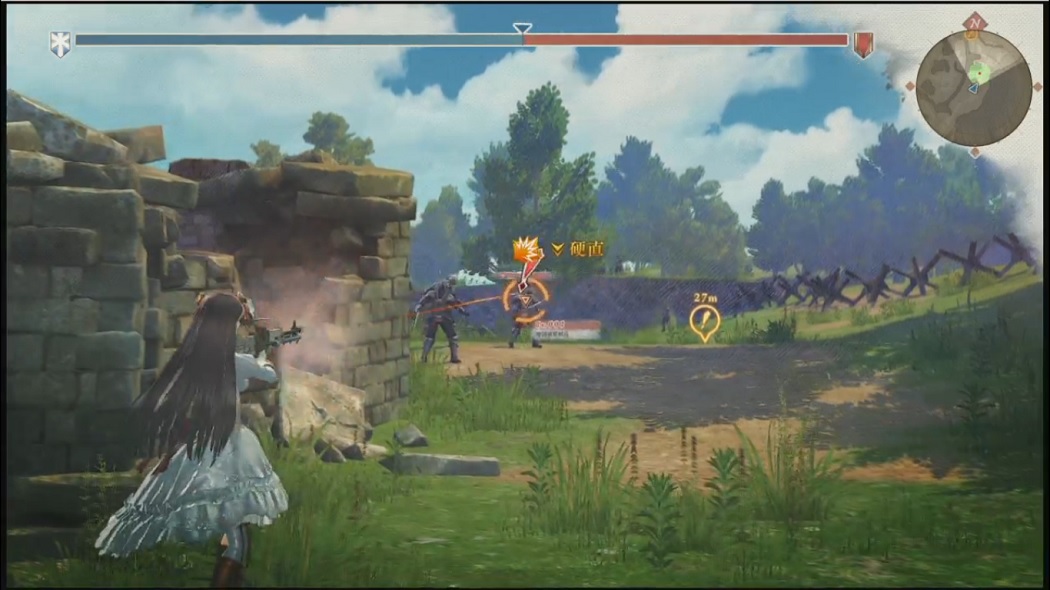 Thanks to some lucky fans getting the Valkyria Chronicles remaster a day earlier in Japan, we have got some actual gameplay footage of the spin off title, Valkyria: Azure Revolution. Coming from the Twitch user hamachin, they play through about an hour’s worth of the gameplay demo, showing off the combat basics as well as a boss battle with a giant spider tank. The gameplay is like your very traditional action RPG, with the party of 3 being able to engage in limited ranged combat with rifles to soften up an enemy before going into close quarters combat to deal the finishing blow.

The close quarters fighting is somewhere in between the Tales series and Rogue Galaxy, with party members being able to use swords, magic attacks and guns to fight off opponents. In the demo, fights can range from dealing with another party of three soldiers to up to about 20 people all scrapping with each other in an instanced area which appears when you enter CQC. I have to say, I’m not at all impressed with the footage with it looking exactly like any other action RPG and having none of the charm of the original Valkyria Chronicles series. Attacks seem to have no weight to them, there doesn’t seem to be any cool mechanics or features that distinguish it from any other action RPG on the market, not to mention the attack animations and transitions from ranged to close quarters battle looking very stilted. I was holding out some hope for Azure Revolution after its announcement but after seeing this 3 demo missions, I’m very likely going to give it a miss.

No news on whether this demo is coming to the Western release of the Valkyria Chronicles remaster but hopefully if Japanese fans kick up enough stink, they’ll go back to salvage what looks like a pretty mediocre action RPG.