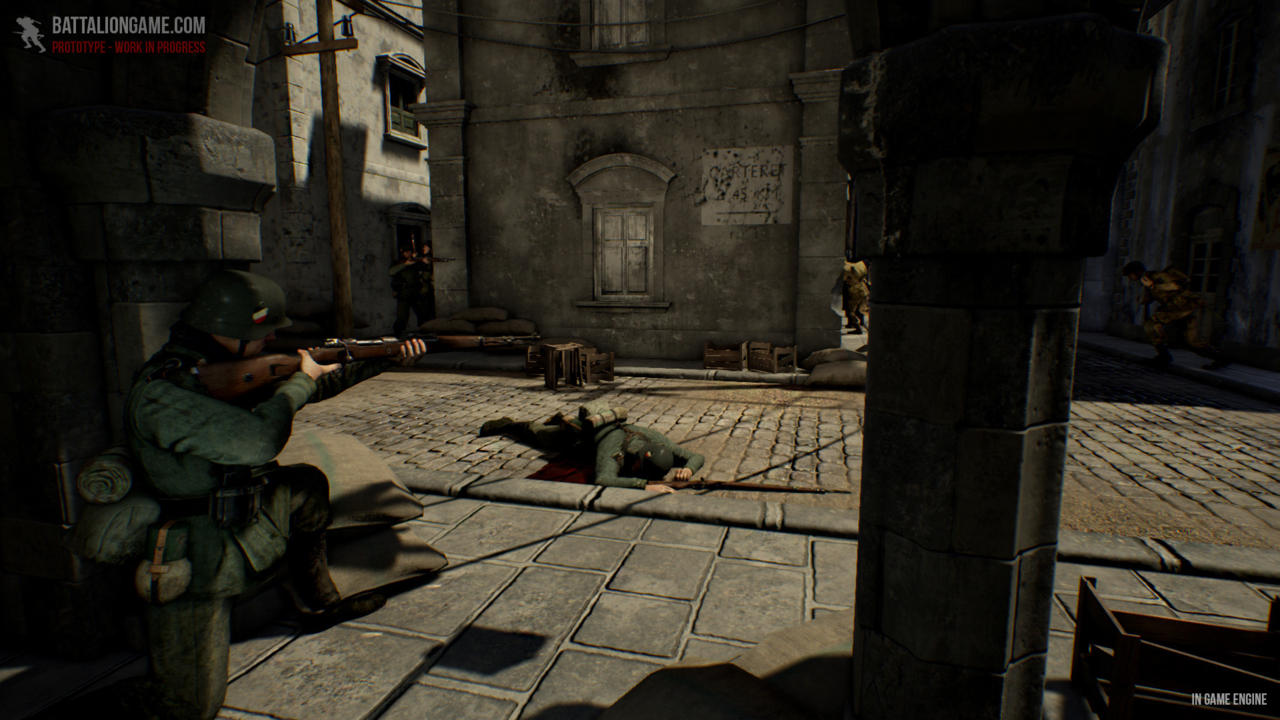 Battalion 1944, the recently announced title from new studio Bulkhead Interactive, has reached its funding goal of £100,000 in just three days time. For those who haven’t heard, Battalion 1944 is a multiplayer first person shooter set during WWII. Built in Unreal Engine 4 with motion captured animations and real locations, it’s looking very promising indeed despite being in such an early stage.

I’ve seen people online that claim to want another shooter set during WWII, mainly on places like Reddit and NeoGAF, however I didn’t realise it was such a popular idea. £100,000 in three days is exceptional and as I write currently it’s on just over £150,000 with 25 days to go. You can watch their video celebrating hitting their target below.

According to the team, next up is to work on stretch goals for the Kickstarter. They claim to have “something awesome” in the works that “a lot of you have been asking for”. Personally I have no idea what it could be. A single player campaign? Maybe a level editor/map creator? Whatever it is, I have faith in Bulkhead to create something impressive, especially since they’ve taken inspiration from the best WWII shooter of all time; Call of Duty 2. You can find the Kickstarter project here and you can also vote for it on Steam Greenlight here.