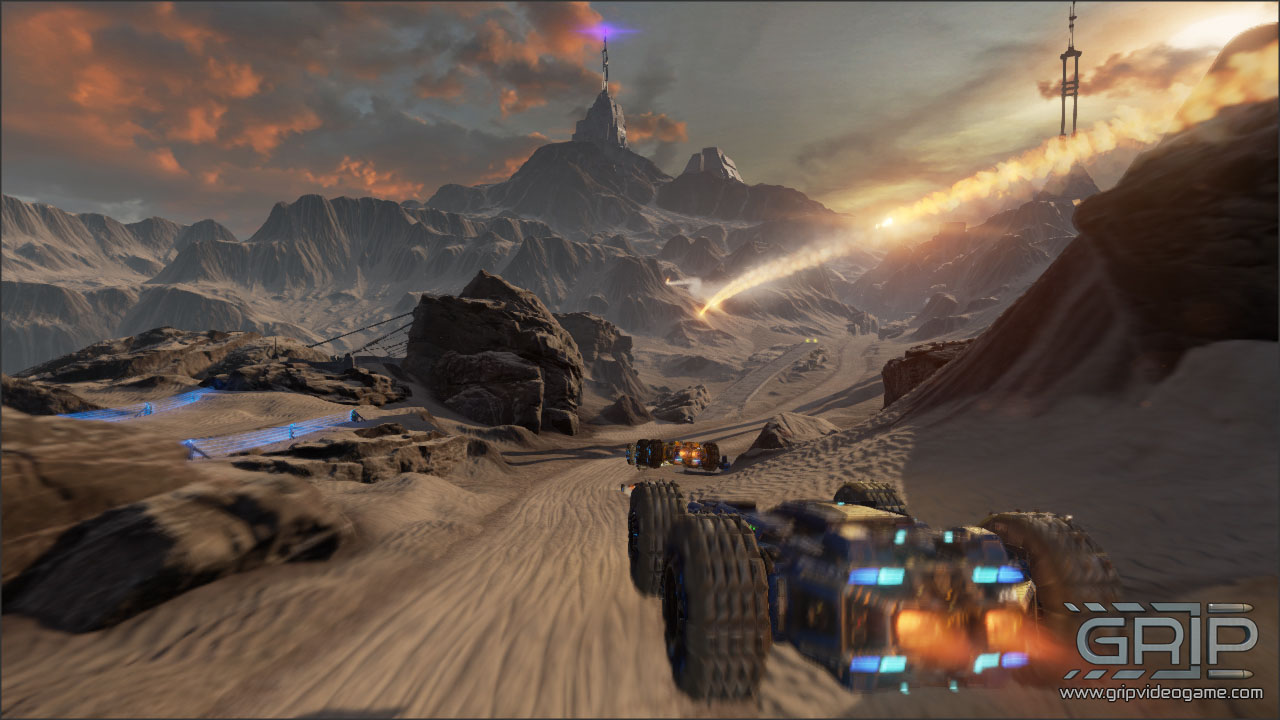 Back in July 2015, a Kickstarter project for a new game called GRIP appeared, promising a “hardcore combat racer inspired by the Rollcage games of 1999 and 2000”. Rollcage on the PS1 was a huge part of my childhood so after backing the Gear Head tier for access to the private beta and a copy on PS4, I was sorely disappointed when an email appeared in my inbox announcing its cancellation due to reaching less than a quarter of their $657,000 goal.

Thankfully, Caged Element decided to create the game anyway via the use of Steam Early Access and it launched just a few days ago for the price of £11.99. Caged Element are comprised of some members from the original team that developed Rollcage, Attention to Detail, ensuring the intense thrill and explosive combat from the originals won’t be left out. You can watch the Early Access Launch Trailer below.

GRIP is a racer unlike anything we’ve seen for the past decade; the heavy drum and bass soundtrack combined with the various power ups and ability to drive on the walls and ceilings at top speeds makes for an exhilarating experience.

You can pick GRIP up from Steam here but remember that it’s still very early in development and much more content will be added, so only purchase if you’re satisfied with where the game is currently and want to support the developers.