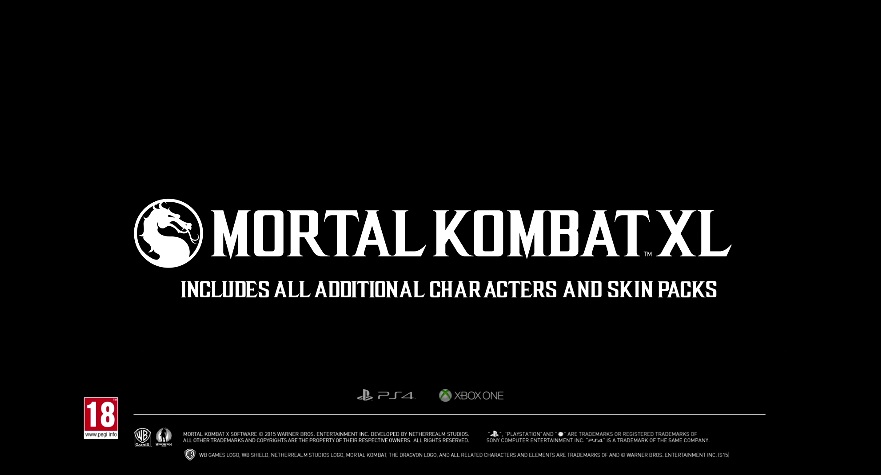 The people at NetherRealm have certainly been busy! To continue this slew of Mortal Kombat X content which is coming out in the early part of this year, a special Game of the Year edition of Mortal Kombat X, creatively titled Mortal Kombat XL is coming to consoles both digitally and with physical copies on March 4th, according to a trailer on the Warner Bros UK Youtube channel.

This extra large addition of Mortal Kombat X includes both Kombat Pack 1 and 2, every single skin pack for the game as well as a special Cosplay skin pack if you preorder the game, where Jacqui Briggs and Cassie Cage are dressed up as Scorpion and Sub Zero from Mortal Kombat 1. If you want to get into MKX, this March seems the perfect time to do it. The trailer also shows additional footage of all Kombat Pack 2 fighters, as well as the Stage Fatality for the remake of MK9’s Pit stage which confirms that Stage Fatalities will be coming back.

It has been confirmed recently via Shoryuken.com that PC owners of MKX will have to stick to the vanilla version, as Kombat Pack 2 and Mortal Kombat XL are not coming to the PC. This is probably due to the disaster that was MKX’s PC release and the lack of a dedicated following on it compared to consoles. Sorry all you PC kombatants.

Based off the March 4th release date, it also suggests that all DLC characters from Kombat Pack 2 will be available before that date if you have prepurchased the DLC. This will probably be confirmed in the not too distant future so keep an eye out for Leatherface, Bo Rai Cho, Triborg and the Alien very soon.