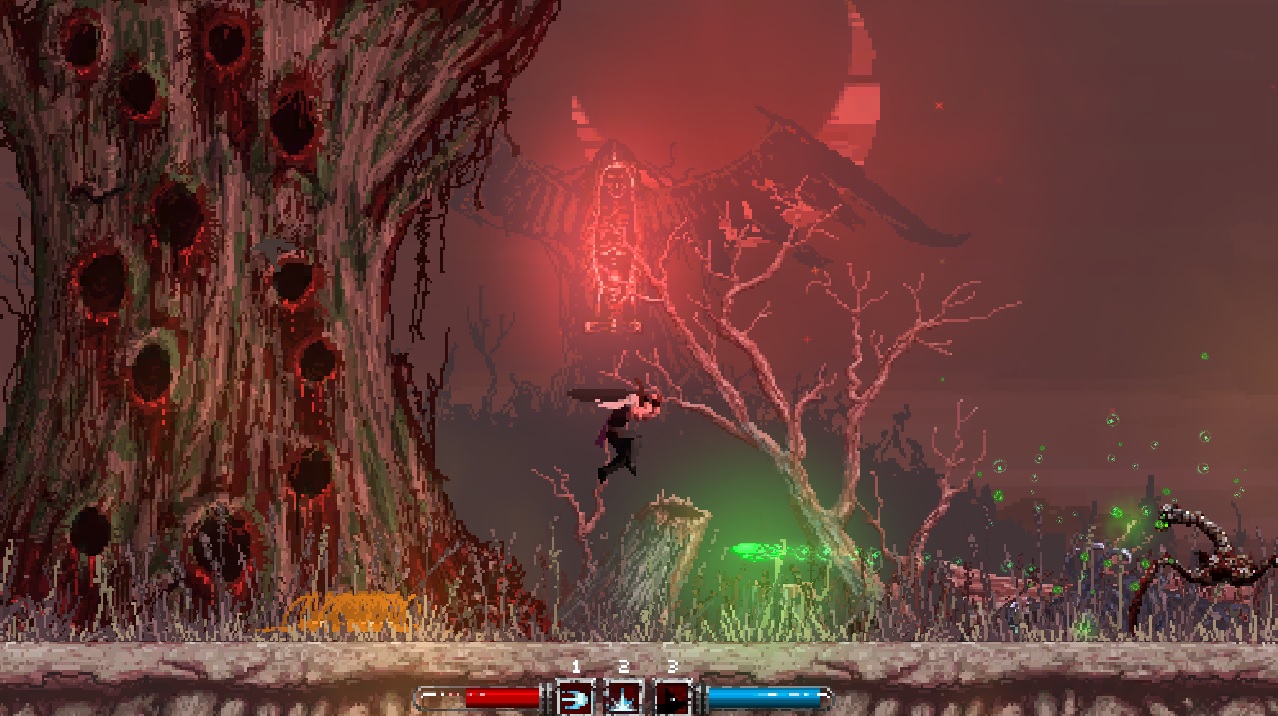 If you saw our little news post about Slain earlier in the week, you would have seen that metal-inspired combat puzzle platformer was set to release early next week. Unfortunately for metal heads everywhere, Wolf Brew Games have announced that Slain has had to be delayed, on the count of it being just too brutal for players to complete in its current state.

It seems the 7 towers that Bathoryn had to conquer were just too hardcore for puny mortals at this point in time, and last minute checks of the final game must have deemed the platformer overly frustrating for wider audiences. You don’t have to wait too long for Slain though, as the release date has now been pushed back to March 24th on Steam, giving Wolf Brew that extra bit of time to properly balance the game and make it brutal yet enjoyable like any decent metal album should be. No doubt this also means the console and portable versions have been pushed back as well, with those versions launching sometime in June or July, based on the initial time estimates before this delay.

All good things come to those who wait mind you, let’s just hope Wolf Brew doesn’t make Slain too easy and lacking that biting metal edge.