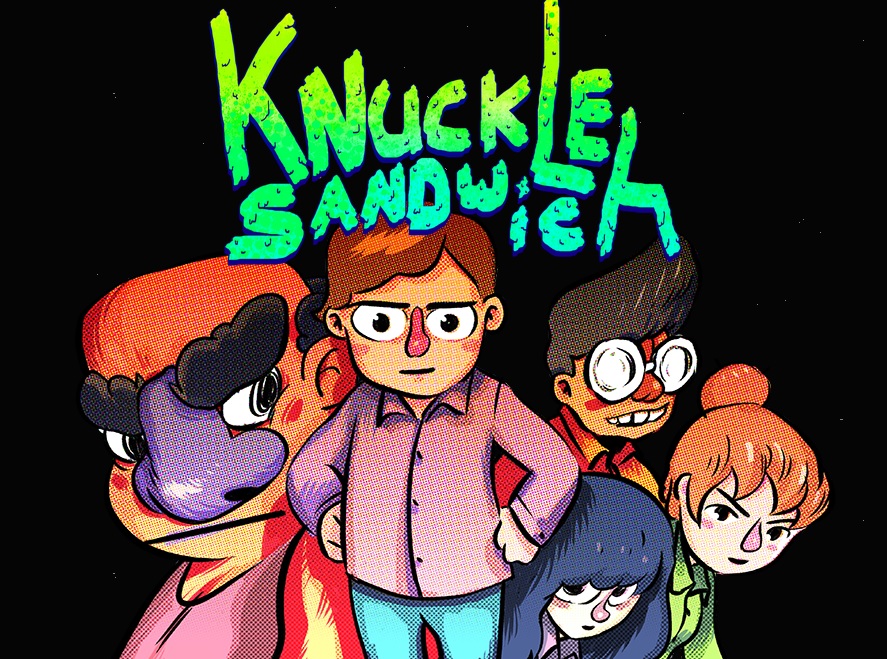 The quirky, Earthbound-esque RPG has become its own genre as of late, with LISA and Undertale establishing a base for this burgeoning genre, with other titles like YiiK: A Post Modern RPG further cementing this style of RPG in the early part of this year. Another game that seeks to join this genre of RPG which usually revolves around heroes negotiating worlds which are one part every-day, the other part whimsical is Knuckle Sandwich, developed by Australian designer Andrew Brophy.

Knuckle Sandwich has you playing as a young man who moves out of his home and gets himself a minimum wage job at a rundown diner to support himself. As soon as he moves into this new town, a series of peculiar cults pop up round town to deal with sudden disappearances which have mysteriously coincided with the main character’s arrival. While it may not be your job to deal with these mysterious goings-on, it would certainly take your mind off your boring 9-to-5 job. In between shifts at work, you can explore Bright City, find possible leads to this mystery and fight zany baddies and brutes. You can get your coworkers to help you out, combine skills in battle and eventually discover the mystery of Bright City, in between serving greasy burgers on the daily grind.