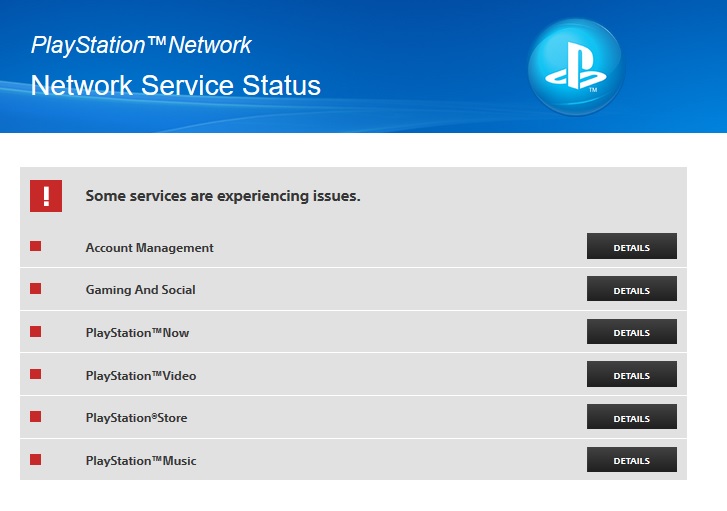 Oh dear Sony, this is not the start you want to the year. After having limited problems over the Christmas period, Sony’s Playstation Network is currently experiencing major problems, which according to their support site, is set to continue until 7am GMT on January 7th.

At this moment in time, we still don’t quite know what the cause of this outage is, whether it is prolonged maintenance due to a problem found during a routine server check or that this service disruption is due to malicious activity. Some have said that this could be another attack by hacker group Phantom Squad, as they threatened to take down both PSN and Xbox Live over the Christmas period but no communications have been released by any hacker collective, stating that this outage is their doing. Sony have officially commented on the problem, saying that engineers are on the case to fix the issue but a disruption of about 3 days as the first major thing to happen to your online service in 2016? It is not a great beginning to the year, especially considering Sony’s previous nightmare with server and service issues.

The current outage is across PS3, PS4 and Vita, with users being unable to play online, access the PS Store or play games that require an online PSN ID. Keep checking the official PSN status site for up to date information, as well as official Playstation Twitter accounts for up to date information and news on whether Playstation Network is back online. Maybe dust off that PS2 and do something else. Or just whinge on Twitter, either or.