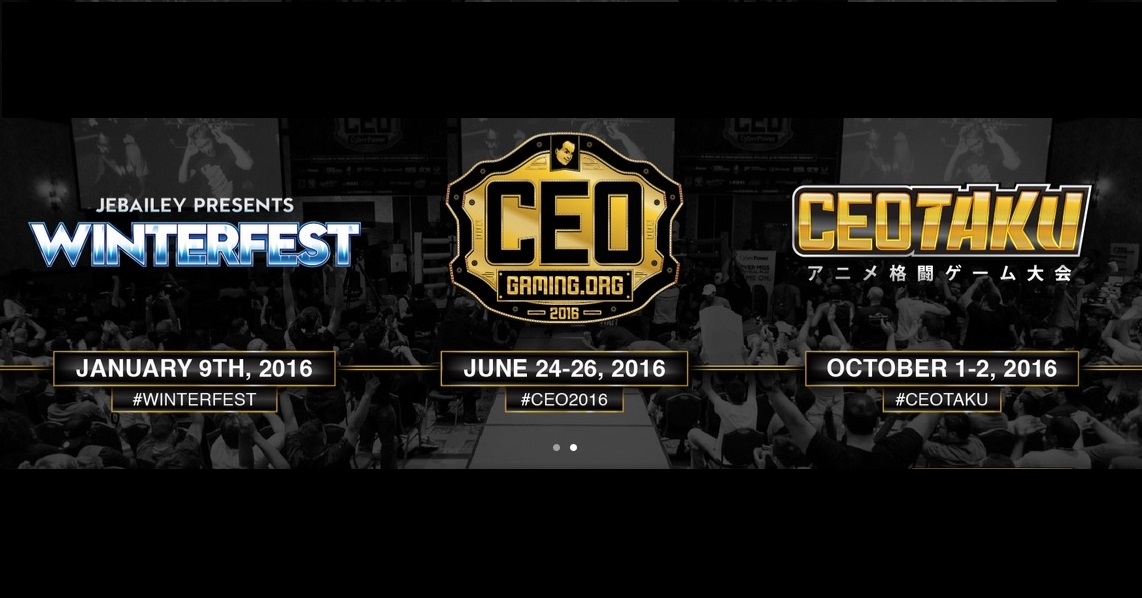 It’s not even half way through January and we already have the game roster for one of the FGC’s biggest events confirmed. Revealed in a tweet by Jebailey, CEO’s main tournament organizer, the 8 games that have an official spot on the title card for CEO 2016 are Ultra Street Fighter 4, Street Fighter V, Ultimate Marvel vs Capcom 3, Killer Instinct, Mortal Kombat X, Guilty Gear Xrd (possibly Revelator if it is released on time), Super Smash Bros Melee and Super Smash Bros for Wii U.

Jebailey was quick to note that these are just the initial 8, there is room enough for possibly 2 more games to have their time in the spotlight so maybe expect Tekken 7 and a popular anime fighter to make a main stage appearance alongside the current 8. Seeing as both USF4 and SFV will be present at the tournament and Street Fighter V will still be riding the just released wave of popularity, both games will have their top 8s on separate days. Ultra Street Fighter 4 will be run on Friday, while Street Fighter V will be on Saturday in order to give both games enough exposure and give the pros (who will no doubt be in top 8 for both games) a time to rest before their next gauntlet.

I’m happy of course that Smash is making a comeback, especially after Jebailey promised Smash equal billing on the main stage after it was shunted up the corner at CEO 2015. I’m very pleased with the overall lineup and am expecting some serious hype, especially after seeing some of the crazy stage entrances from K-Brad and Dieminion during 2015’s event.

If you want more information on CEO 2015, which is happening on June 24-26 at the Wyndham Orlando Resort in Florida, you can go to the official CEO website for more details on the tournament, including hotel booking deals. Check out CEO 2015’s hype trailer below and expect more FGC news in the near future, as the groundwork is laid for this year’s tournament circuit.