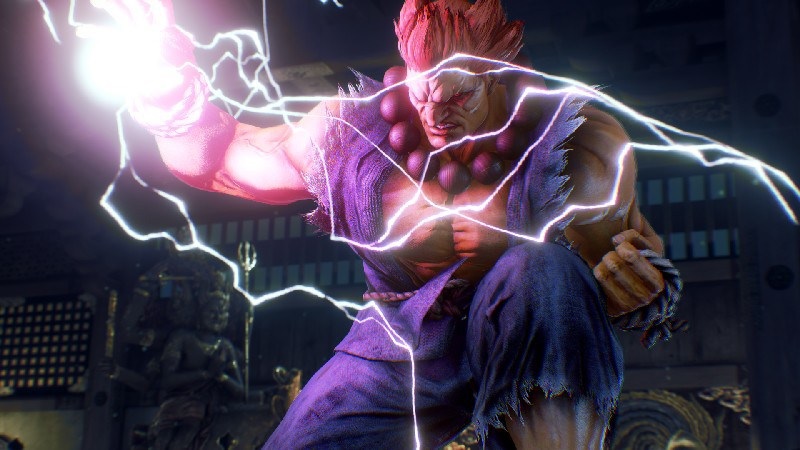 During the finals of the King of the Iron Fist tournament for Tekken 7 in Japan, Harada and co sprung a mysterious trailer for the latest installment of Bandai Namco’s seminal fighting game. Along with announcing Tekken 7’s new subtitle, Fated Retribution, it has been revealed that Akuma from the Street Fighter series will be guest starring in Tekken 7: Fated Retribution. He is revealed to be the shadowy figure that Heihachi’s wife is consulting with during the other Tekken 7 trailers, being called in to stop Heihachi should Kazumi not be able to stop her husband by herself.

Not only does this suggest that the Tekken and Street Fighter universes are now connected and that Akuma’s appearance is canonical, but it represents the first tangible crossover between the two fighting game series since Street Fighter x Tekken. In the trailer, we saw Akuma throwing his usual Gohadoukens, Goshoryukens and even using the dreaded Shun Goku Satsu to deal major damage to one of his foes. Fireballs and projectiles in general have been absent from the majority of the Tekken series as a whole so Akuma’s inclusion in the game breaks ground from a gameplay perspective, as well as a cross franchise one. His fireballs can be sidestepped, thanks to Tekken being a 3D fighter so Akuma’s fireballs aren’t ridiculously overpowered.

Check out Akuma’s reveal trailer below and expect more information on Tekken 7: Fated Retribution in the new year.