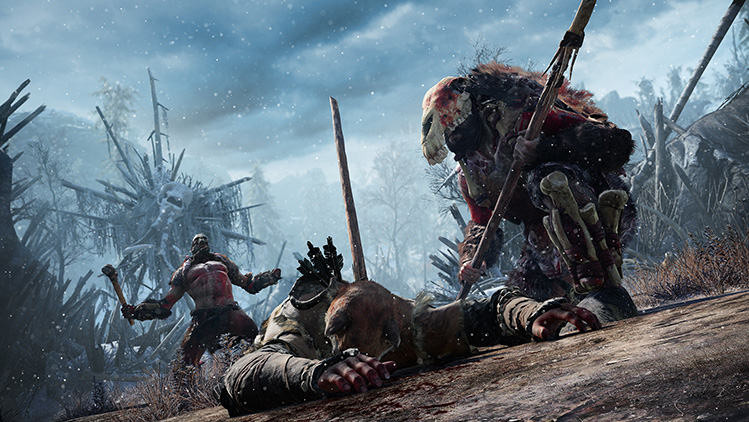 Ubisoft have announced exactly what the Collector’s Edition for Far Cry Primal will contain, alongside the Digital Steelbook Edition as they vary slightly by region.

European players will have exclusive access to the Collector’s Edition:

Gamers in North America however receive the Digital Steelbook Edition which contains everything from the Collector’s Edition with the exception of the sabertooth skull box, Wenja phrasebook and Wenja audio logs:

Alongside the physical content, both editions come with the Legend of the Mammoth missions in which you play as a mammoth in 45 minutes worth of extra content. You’ll also receive the Blood Shasti Club, an exclusive unbreakable weapon, and four enhancement packs which offer early access to rare resources and customisation options. If you’re just after the digital bonuses, you can buy the Digital Apex Edition. Far Cry Primal releases on February 23rd.