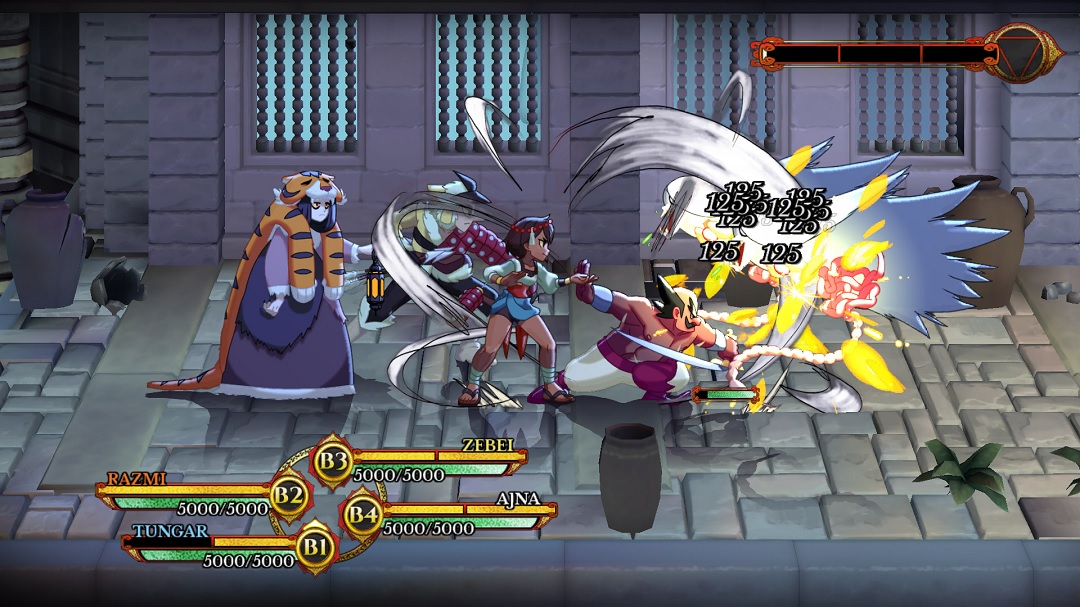 If you have been keeping abreast of anything to do with indie games over the past month or so, you’ll know about the ongoing Indiegogo campaign that is being helmed by Lab Zero for their new action RPG, Indivisible. We covered the announcement of the Indiegogo back when the campaign was started but with the game now just shy of the $1.5 million mark (it’s currently at around $1.1 million mark as of writing this article), it seems a good a time as any to talk about the new things they have announced in regards to Indivisible.

First off, go and play it. You can download the playable prototype from the official Indivisible website, from the PS Store and even now on Steam so there is no excuse to not at least give Indivisible a go before putting any money down, which is a sensible decision by the developers at Lab Zero. From my experiences of playing the prototype, I’m quietly confident that Indivisible will be a great game if it succeeds. The platforming is a bit threadbare at the moment, with the prototype just consisting of the player character Ajna wall jumping off various samey looking temple walls and eventually  grabbing an axe to help wall cling and scale bigger obstacles but the meat of the prototype isn’t in the platforming, it’s in the combat.

The combat has Ajna, the protagonist and three other fighters doing battle against hordes of spirits, demons and various weird looking beasts. The mobs are your typical angry boars and kobolds, thanks to the South East Asian inspired design of Indivisible. Many monsters and locations are based off mythology and locations in places like Cambodia or Indonesia so expect to see some places that you haven’t usually seen in most games. The combat is very similar to that of Valkyrie Profile or the recent Project X Zone, where you have to combo party members through chaining set attacks during their active phase. For example, you can hit people up into the air with an uppercut, then shoot a person with a hail of arrows and then juggle them with a whip sword slash. It’s a system which rewards you learning set combos for your characters in your party in order to maximize damage. You can tell Lab Zero is bringing their experience from Skullgirls onto the combat system, as when character abilities start to flow into one another, it looks both flashy and satisfying.

In terms of development, Lab Zero have announced a bunch of cross over Incarnations (Indivisble’s party members) as part of their Indiegogo campaign. So far, there is Shovel Knight from Shovel Knight, Calibretto from Battle Chasers: Nightwar, Lea from Curses and Chaos, Drifter from Hyper Light Drifter, Zackasaurus from Super Time Force Ultra, Juan from Guacamelee and most recently, Shantae from WayForward’s series about the platforming genie. You have an indie rogues gallery of characters to play with, along side the several original characters that Lab Zero have created so there is no shortage of interesting party members to fight with if Indivisible gets made.

Furthermore, as 505 Games is going to help distribute Indivisible should the project be successfully funded, they are adding in a bunch of extra goodies to backers of the project. So, if you pledge under $100, you get a copy of How To Survive as well as all the backer goodies. If you donate over $100, you get How to Survive and Brothers: A Tale of Two Sons along with your backer rewards. 505 have also sweetened the contest prize pot and have offered a choice of a custom Indivisible PS4, Xbox One or an EVGA NVIDIA 980 graphics card.

So, there has been a lot going on around Indivisible and even more to come if it succeeds. If you wish to pledge to the campaign, you can go to the Indiegogo page to donate to the cause and make sure to check out the Indivisble Facebook page for regular updates (like this one) on this RPG. It would be such a shame for this game to not get made so every little helps.