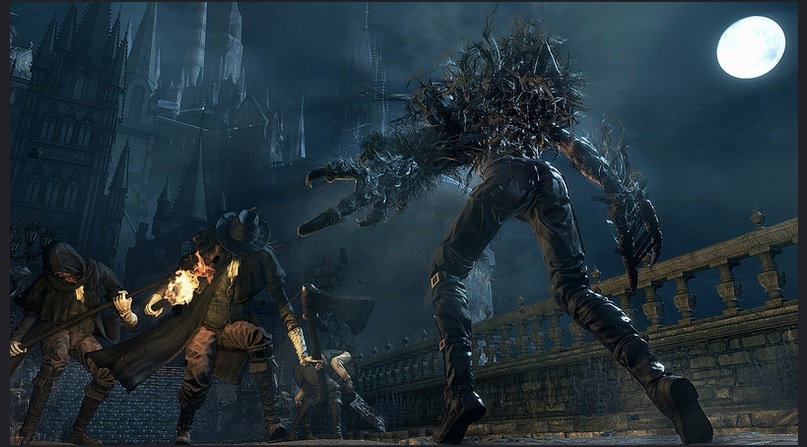 With the Old Hunters DLC making its debut on Tuesday, From Software and Sony have released the mammoth 1.07 title update for Bloodborne which adds all of the Old Hunters’ areas, the League and various bug fixes and balances in readiness for the 24th. The main thing you probably want to know is how you access the DLC areas. Luckily, you don’t have to be that far through the game in order to play the Old Hunters expansion so making a new character to play through the new content is a breeze.

The main requirement to access this Bloodborne expansion is that you have to have beaten Vicar Amelia in the Cathedral Ward and turned Yharnam to night. From there, you need to go to the Hunter’s Dream and grab the Eye of a Blood Drunk Hunter from the messenger that appears at the foot of the stairs. Once you have this key item, warp back to the Cathedral Ward lamp, turn left out of the chapel into the square. Run to the right hand end of the square to trigger a special scene and you will have entered the Hunter’s Nightmare, the first area in the Old Hunters expansion. Simply light the lamp you find and you will then be able to warp to and from this area via the Hunter’s Dream.

The other main addition in this update besides the whole expansion malarkey is the new League covenant, which puts greater focus on co-operation between your fellow hunters. To join the League, you must summon Master Valtr and equip the Impurity Rune which he gives you. You can find Master Valtr inside the shack to the right of the first lamp in the Forbidden Woods area, which is unlocked after you defeat Vicar Amelia. Once you equip the Impurity Rune, you will have access to the League rankings. To level up in the League, you must engage in jolly co-operation with fellow Hunters to acquire Vermin, the special currency you receive for defeating a boss within co-op. Crushing these Vermin will increase you League points and help you ascend the rankings.

If you wish to summon NPC hunters to help you in co-op instead of real people, you will need to buy the Old Hunter’s Bell from the Insight shop in the Hunter’s Dream. You can summon two NPC hunters or a mix of a real player and a NPC helper in certain areas, so choose your friends wisely. Finding other players to co-op with is also easier, as the summon system is now like the one found in the Souls series. Other players who are using either the Beckoning or Small Resonant Bell will now appear as illusions with ripples round their feet, very similar to the summon signs you see in Dark Souls. If you see these illusions, the players are within your level range and are able to be summoned into your game.

The Old Hunters DLC is available for pre-order on the Playstation Store for £15.99 and those who do pre-order will receive a special Bloodborne theme for PS4.