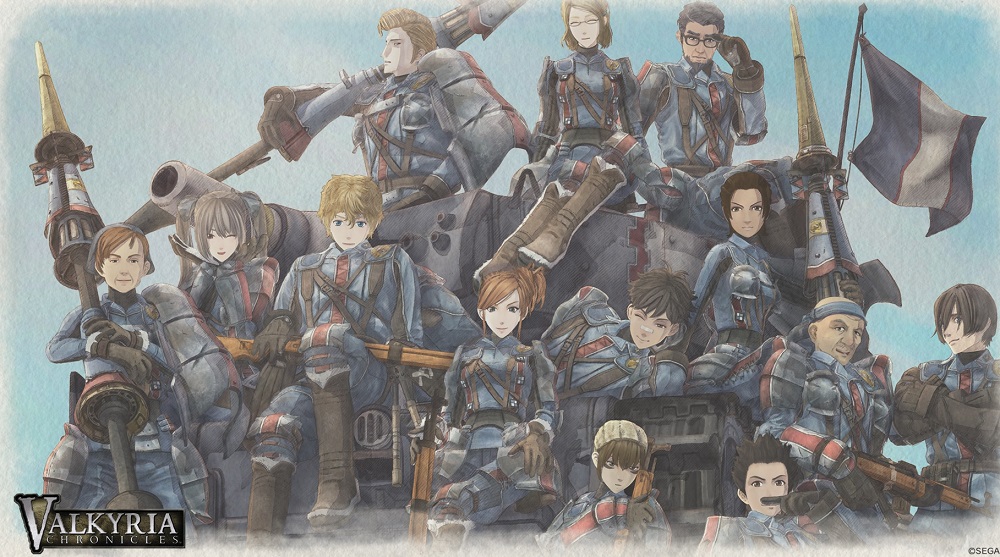 After the suspicious trademark of the name ‘Valkyria of the Blue Revolution’ last month by SEGA, it has been officially revealed in this week’s Famitsu that this is indeed the 4th game of the Valkyria series, headed to PS4 in Japan next winter. This installment, now called Valkyria: Azure Revolution, will have you taking the role of soldiers from the country of Jutland, fighting against the highly developed Rus Empire and trying to throw off the shackles of colonial rule.

As Valkyria Chronicles 1 and 2 took their stories from Central Europe’s struggle against the Nazis in World War 2, Valkyria: Azure Revolution seems to be based off the Winter War between Finland and Russia, which saw the Finns effectively fighting off Russian invasion of the country. The name ‘Rus Empire’ is a dead give away. From translations of the Famitsu information, Valkyria: Azure Revolution keeps the same watercolour art style which was so effective from the original Valkyria Chronicles but seems to rework the battle system to make it more active. By the sounds of it, this new entry seems to move away from the more strategic aspect of the previous 3 games in the Valkyria series, and moves towards a real time battle system. According to the game’s director Takeshi Ozawa, ‘The concept of the battle system and the sensation of the battlefield are the same, but because it’s an RPG with simulation elements, you can experience the battlefield through a different perspective’.

The battle system now restricts you to 5 party members in a single battle, with screenshots showing multiple party members firing on a target at the same time. You can now only control one party member, with the rest moving based on ‘set thought processes’, according to Ozawa. Moreover, producer Youichi Simosato stated that not only can party members transform into tanks, but there are new weapons which imitate living things, thanks to the magical properties of Ragnite, the material which these nations are fighting over.

Honestly, I’m not so sure about this battle system change as I liked the methodical nature of Valkyria Chronicles 1 and 2. The ability to control each soldier individually, put them in the correct position and have them fire or support based on enemy movement gave the feeling that you were truly in control of your squad, rather than the computer controlling your units for you. It seems very early days as of yet and they could revert back to the old control system but based on initial reports, I’m not liking this change in direction.

If you are also worried about this change, fret not as you will have your chance to give your impressions of Valkyria: Azure Revolution before release. Also announced with this new title, was the news that a remastered version of the original Valkyria Chronicles is also coming to PS4 in Japan in February 2016. Along with improved graphics, this port will have Trophies and downloadable content available post launch, along with a demo of Valkyria: Azure Revolution for players to try out. SEGA will then be taking feedback based on this demo and will no doubt edit aspects of the final game based on their findings.

While this is all well and good for Japan, we have no news as of yet about a Western release of these titles. However, with the successful PC release of Valkyria Chronicles and a vocal fanbase in the West, I’m certain that SEGA will soon release details on a Western launch of both of these games. I’m just glad that SEGA finally seems to be pulling their finger out and giving fans the games they have been clamouring for for so long. We will update you when we know any details about a Western release.