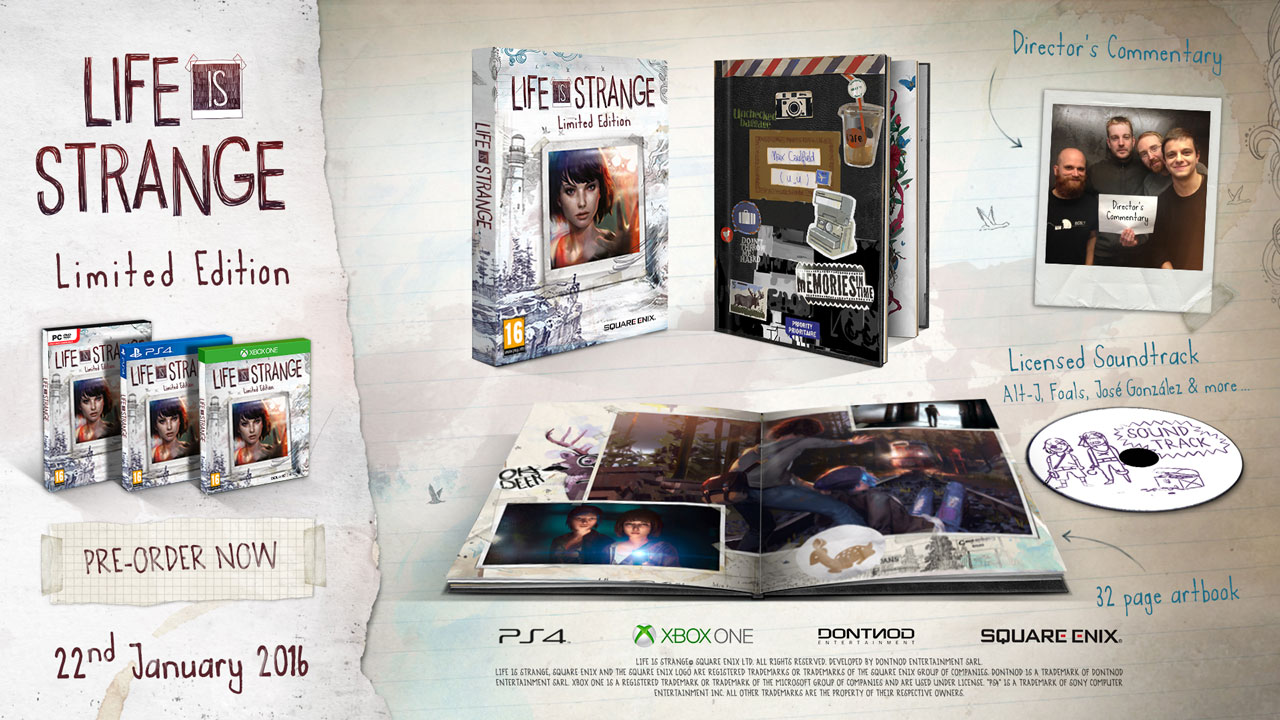 Hot off the release of absolutely fantastic finale, DONTNOD have announced a physical release of Life is Strange.

The physical release comes in the form of a special limited edition set, which is available to pre-order now on the Square Enix store.

The limited edition comes with a 32-page art book, showing off the games art and concepts, including previously unreleased concept art. The cover of the book is designed to look like the diary of the games’ main character; Max Caulfield.

The limited edition also comes with the game’s iconic, fantastic soundtrack which includes songs by Syd Matters, Alt-J and Jose Gonzalez as well as the game’s original score by Jonathan Morali (of Syd Matters).

Lastly, players will be able to enjoy the game through a special Directors’ commentary which shows the creators of the game discussing the game and aspects of creation and narrative whilst it plays.

The boxset is priced at £19.99 on PC or £29.99 for those wishing to purchase the game on the Playstation 4 or Xbox One. Fans of the game in America will be disappointed to hear that the PC version of this physical release is only available in Europe, though PS4 and Xbox One versions of the game will release worldwide.

The physical copy will available from the 22nd January 2016, pre-orders are available now.