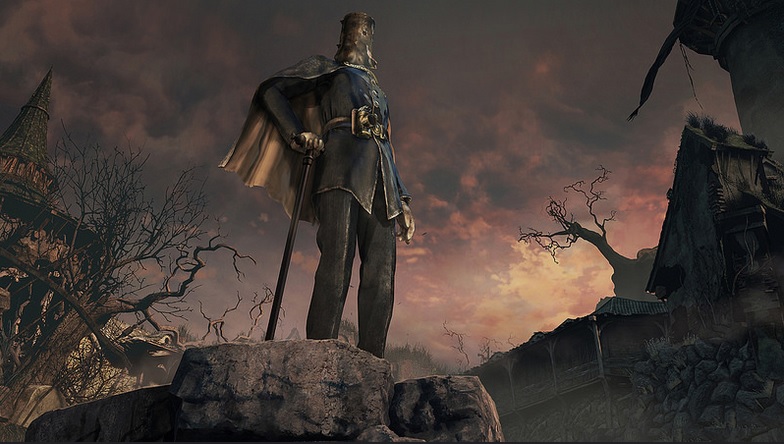 The Old Hunters DLC for Bloodborne releases in less than 3 weeks so as a little teaser for the story content, Sony has announced a new patch for From Software’s gothic RPG, adding in a new covenant called the League, as well as additional NPC co-op partners and a few little tweaks to the base game. Lead by a mysterious figure in a constable’s uniform and a very familiar bucket helmet, the League seeks to aid other Hunters in need, by assisting other players online to help clear out Yharnam from the horde of grotesqueries that plague the city.

In short, the League acts as the Sunbros for Bloodborne, allowing people to be rewarded for engaging in jolly co-operation with other players. Members of the League can ascend a global leaderboard for assisting others and if you prefer to play offline, League Hunters can use a special cane to specifically summon NPC hunters to help you during a tough boss fight. This addition has no doubt been made due to the influx of new players that the Old Hunters DLC will bring in and act as a way to satisfy those more co-operative players while also assisting those who need help.

This patch will not require a copy of the Old Hunters DLC so any person who owns a copy of Bloodborne will be able to join the League. Sony have also teased one of the new weapons that will be available in the Old Hunters DLC, by giving us a look at the Holy Moonlight Sword. This glowing greatsword is this game’s version of the Moonlight Greatsword, a weapon which has been present in many From Software RPGs, stretching back to the King’s Field series on the original Playstation.