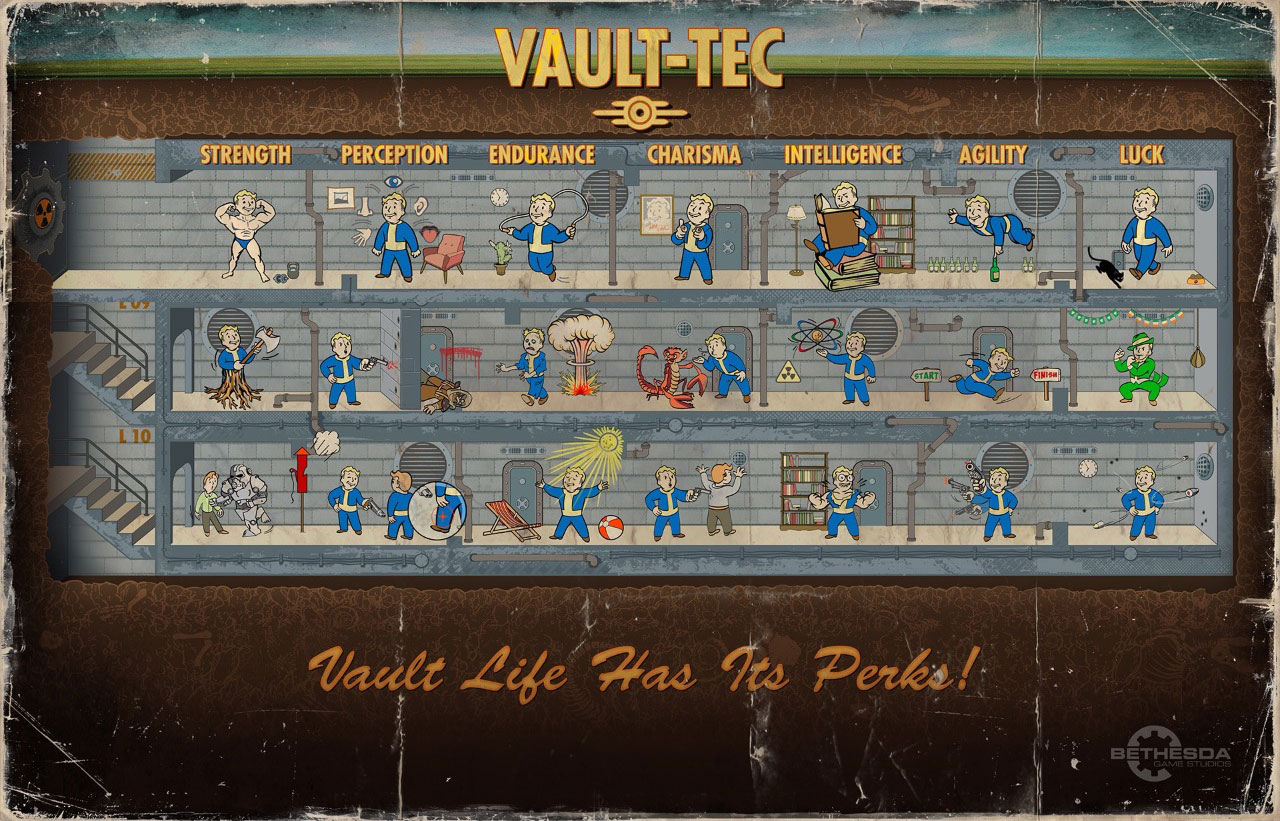 Fallout 4 is out in just over 12 days and the perk system has had much discussion around it. With the pending release of the game, the Fallout 4 perk system has been revealed which you can see below.

The perk system is a sort of updated version from the previous games, which replaces the skill points system that was seen in Fallout 3 and Fallout: New Vegas. Bethesda released a detailed explanation of why they changed the character development on their blog.

Fallout 4 recently went gold with retail copies being made sending fans into overdrive waiting for them to get their hands on the title. During the Bethesda Great War Sale Event that happened last week the Fallout 4 Controller did not stay in stock for long, selling out in just over an hour.

Fallout 4 is set for a worldwide release on November 10th 2015 on Xbox One, PlayStation 4 and PC.