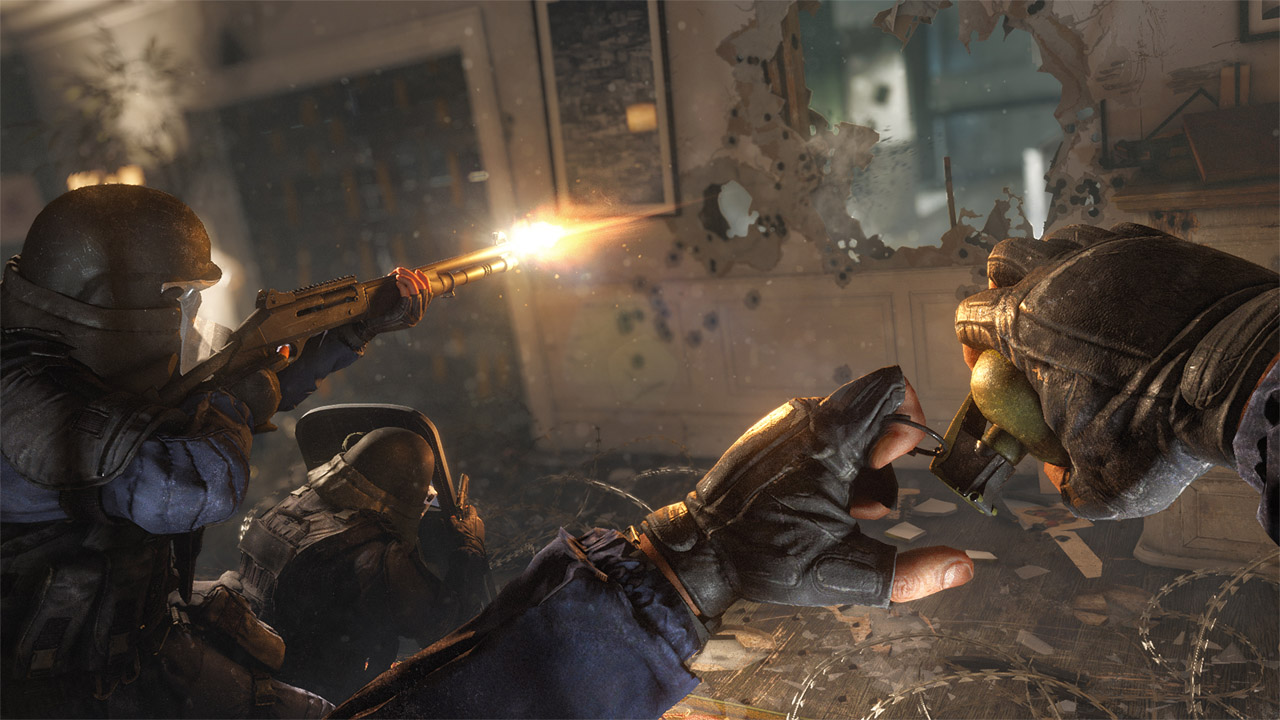 Recently revealed after an exclusive post-beta test, Rainbow Six Siege is looking to get more content as of its launch and it is single player to boot. However don’t keep your hopes up for a full campaign mode as this is something completely different.

You will be able to play missions known as ‘Situations’. In these scenarios you will have a mission which involves you completing an objective with a particular operator that you can unlock in the game. One of them is known as Tubular Assault where you will be entering an air craft that has landed on an air strip and you must enter and eliminate all terrorists that are holding the plane. These missions play out more like a series of tutorials rather than straight up challenge missions as they will introduce you to different tactics, strategies and elements to combat and much more.

As well as this content coming our way, there were also new operators revealed for the game. These include the likes of Thatcher (EMP Grenades), Ash (Burrowing Explosive Breach), Glaz (Toggle Magnification Scope), Castle (Bulletproof Barricades), Kapkan (Door and Window Booby Traps) and Tachanka (Deployable Mounted LMG). Great to see more variety been added especially in the Defenders side of the operation teams.

Lastly there were also a couple of new maps that were played during this very private game session. One of them was a map called Oregon where there are multiple buildings where the objective can be hidden as you try to find and secure a hostage. Within this map as well spectators were able to see the new spectator mode functionality. This gives you a birds eye view of the area as you can change which levels of a building to check out and monitor where the attackers and defenders are. Whether this has been balanced for competitive play so that no one can cheat using this functionality has yet to be seen however. Only one spectator can view a match at a time, making this great for streamers and YouTubers that want to cast matches on a professional level.

With all this new content it will be interesting to see what the game will truly look like as of launch later this year. Be sure to let us know what you think about Rainbow Six Siege in the comments and check out our Beta impressions in both written and video forms.