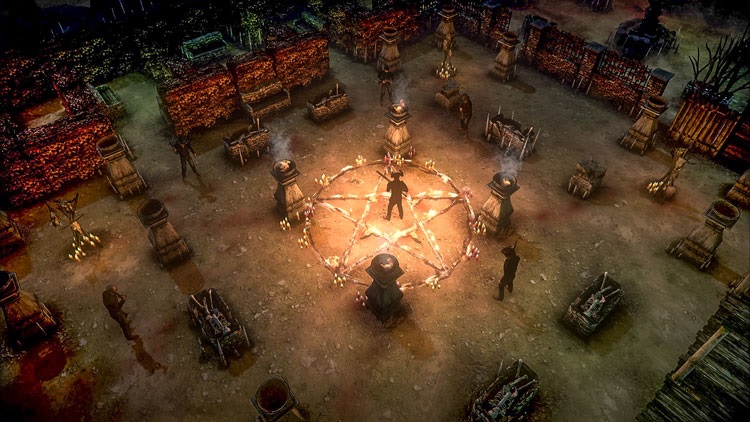 The Wild West is a setting that gets dipped into every now and then by developers. You have your Guns, your Call of Juarez: Gunslingers and your Red Dead Redemptions. Now, Gambitious is showing the world an occult Wild West, filled with gunslingers, demons and cannibals in their new turn based RPG, Hard West.

In Hard West, you take the role of Warren, a man who in his hunt to dispatch all those who wronged him, will delve into the darkest recesses of the occult and of the human mind in order to get what he wants. There will be decisions that he has to make which will be hard and frustrating, but they will all be towards fulfilling his plan for revenge.

In this journey, you’ll fight through 40 hand crafted missions, where you and 3 other fellow squad members will have to fight peasants, hooligans and cult priests to keep your story going. Combat is much more dynamic than a SRPG like X:COM, as not only will enemies actively move to smoke you out but it only takes a single well placed six shooter shot to send you for a dirt nap. The journey of Hard West will be exacting, but your fellow squadmates, your host of special powers and an armoury of authentic and deadly Wild West era weaponry will help you through.

Hard West releases on November 4th on PC, Mac and Linux. You can pre-order the standard game on Steam now as well as the Collector’s Edition, where you get the soundtrack, a digital comic and art book all included with your Hard West copy. Watch the release trailer below and expect our review of this gun totting, occult adventure very soon.