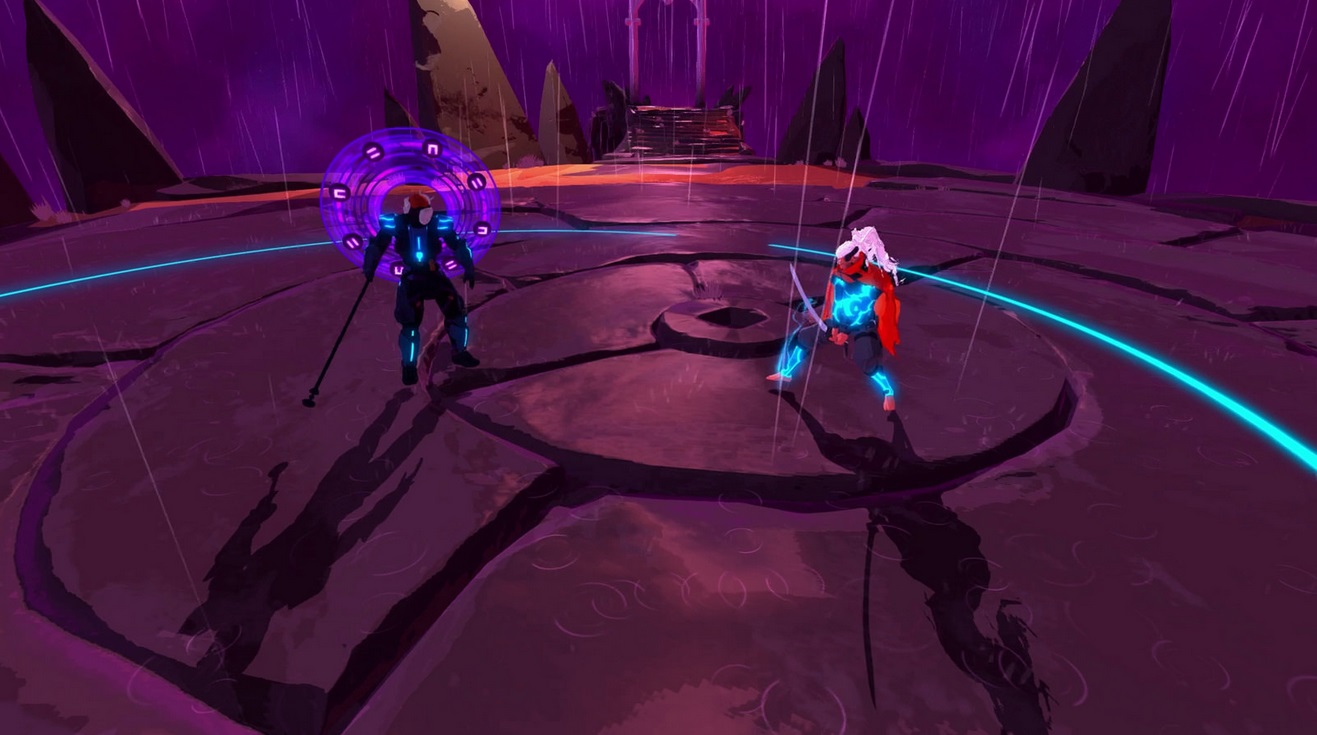 If you are a fan of spectacle fighters and technological samurai, The Game Bakers’ upcoming beat ’em up Furi might just be the game for you. Originally conceived by lead designer Emeric Thoa as a game that is one long, intense boss fight, Furi is a spectacle fighter that is constantly teasing you about an upcoming duel which will be the ultimate test for your character. As you are fighting through hordes of lesser bosses and learning more about why you are slashing people in half, you are being pushed towards a final confrontation which will put into practice everything you have learned.

Basing itself of Japanese beat ’em ups like Bayonetta or Devil May Cry, the combat in Furi is designed to be lightning fast and responsive as possible. You’ll be parrying enemy attacks, shooting bullet hell-esque projectiles and then carving enemies into tiny pieces as you progress to this encounter with the grand final enemy. Boss encounters on the way will be mini puzzles, requiring you to figure out their tells and attack patterns in order to win the day.

If this is sounding all very vague, it’s because the developers have been very careful in actually say what Furi is about. It seems to be a boss rush game with spectacle fighter elements, based upon the trailer and accompanying screens but even then, how the combat works and who your character even is seems up in the air. We do know the art style is by Afro Samurai creator Takashi Okazaki so expect some surreal boss designs during your fight through Furi. Just from the trailer, there seems to be a warrior wearing a pink rabbit head so you kind of get what tone Furi is going for.