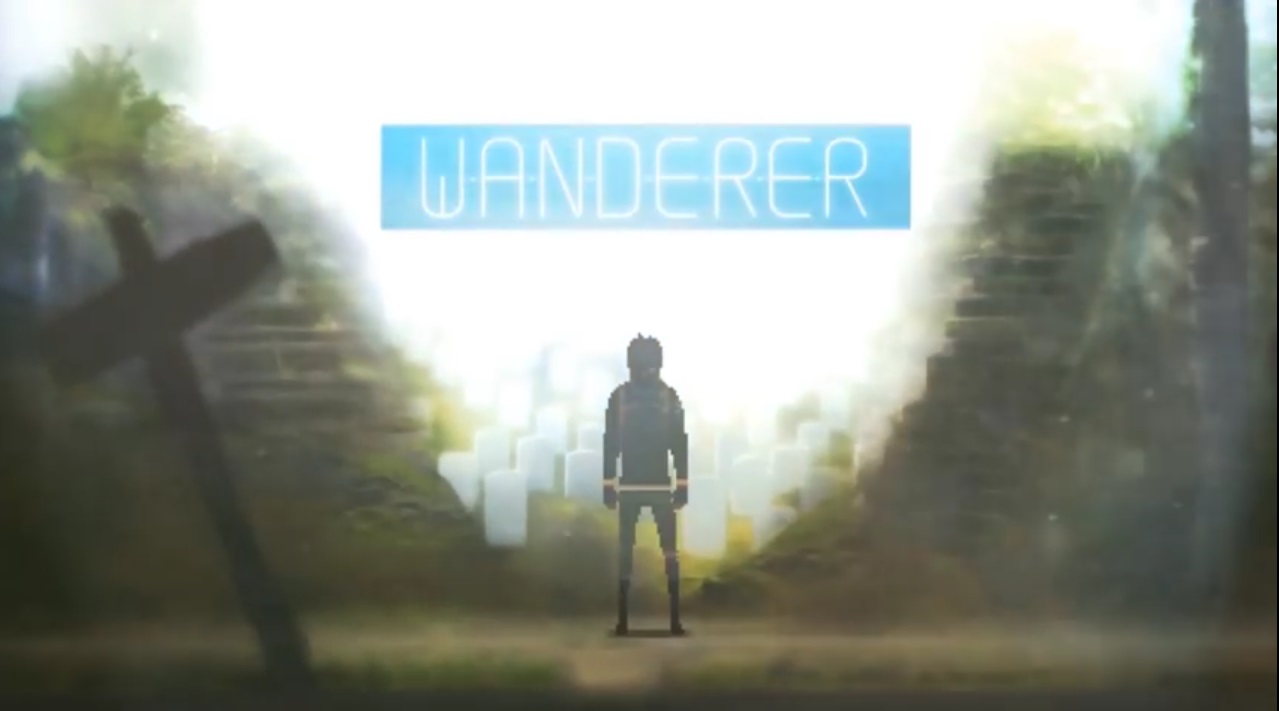 The platformer/RPG hybrid is fast becoming another staple franchise on the indie checklist, with Lab Zero’s Indivisble leading the charge for this new melding of genres. Red Cloak Games’ Wanderer is ready to join that fledgling list, by offering up an episodic tale where a band of survivors try to escape the wastelands of a long abandoned Earth. Wanderer tells the story of a prisoner named Rook, who wakes up from cryosleep after the penal spacestation he was travelling on crashes into Earth. With the help from a hacker named Jin and a group of those still left on-world, it is up to Rook to find the remains of the other 9 crashed cell blocks from the prison facility, discover what happened to the station and then somehow make their way offworld and out of the clutches of the dead planet.

Gameplay wise, as mentioned earlier, Wanderer combines 2D cinematic platforming that you’d see in Another World or Abe’s Oddysee, with the active combat system of an RPG like Rogue Galaxy or Paper Mario and then fuses it with an interactive dialogue mechanic that you’d find in narrative-driven adventure games like Telltale’s The Walking Dead. While Rook is running, jumping and climbing over Earth’s harsh terrain, up to two companions can travel along with him. There are also some light action elements like being able to hit enemies within the environment with attacks in order to stun them, or interacting with environmental hazards to clear the forward path.

When engaged in battle, combat will switch a JRPG style battle screen, with players taking control of all 3 characters in Rook’s party. Attacking and defending will be reflex based, using button prompts and small QTEs to give players a better level of interaction than just hitting a button and waiting for an attack animation to finish. The in-game puzzle solving is more like your traditional point and click, with players examining objects, adding them to their inventory then proceeding to rub them on any other interactable object until the puzzle is solved. I’m always wary of ‘point and click style puzzles’, as they usually mean that they are either really obtuse or are just boring to complete so hopefully, Red Cloak avoid this trap. There will also be a Telltale-style dialogue system, where characters will remember certain choices and dialogue will be affected over multiple episodes based on your choices. Again, like with point and click puzzles, there is the problem of it being just like Telltale’s story telling, in that all the major choices are binary and blindly obvious, while the smaller, more natural choices are inconsequential and don’t impact on the main narrative.

Wanderer is planned to have 5 episodes, with episode 1 releasing in September 2016. Future episodes will then be released every 3 to 4 months, with everyone who backs over $15 receiving all episodes of the game. The presentation is certainly inspired by games like Another World, with its sparse 2D pixel aesthetic. It presents a dirty, ramshackle vision of a future Earth which I always prefer compared to shiny, neon lit depictions of a future world. However, its look has been done in many other indies like Dungeon of the Endless or Superbrothers Sword and Sorcery so the art direction will have to be top notch if it is really going to stand out from the horde of other 2D pixel RPGs out there.

The (current) two man team at Red Cloak Games are putting their heart and soul into the project so I do wish them the very best with their Kickstarter. You can back the project here, vote for them on Steam Greenlight and they will be updating what their proposed stretch goals are in the coming days. It will no doubt be full localisations, extra episodes and releases on other platforms. Watch the Kickstarter trailer below and you may see more Wanderer news in the coming month, should the project be successfully funded.