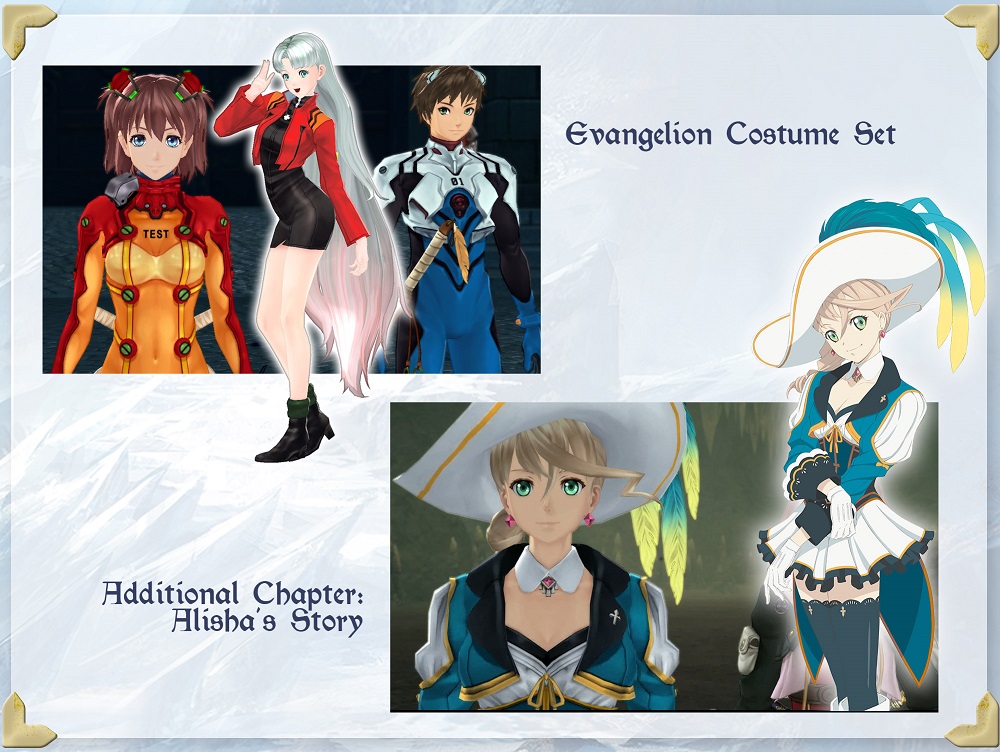 With its imminent release on Playstation 4, Playstation 3 and Steam, Bandai Namco Entertainment Europe has prepared for the arrival of Tales of Zestiria by revealing some upcoming European DLC. Tons of costumes, skits and adventure items will be available starting at launch on the 16th October!

Let’s take a look at what Sorey and his friends have for Tales of fans:

On top of this, fans will be able to enjoy a free pack of 23 exclusive skits and a free starter pack to help them begin their adventure – plus all Tales of Zestiria DLC will be cross-buy between both Playstation 3 and Playstation 4. Steam users also still have the chance to unlock Tales of Symphonia by reaching the 3rd tier of the Tales of Zestiria pre-orders.

At least all this DLC is free if you buy the game, because having to buy an extra chapter and Mystic Artes at launch would be incredibly dodgy. We will have our full review of Tales of Zestiria ready and waiting for you on the 16th.

The Legend of Heroes: Trails of Cold Steel III Review
Powered by Magic