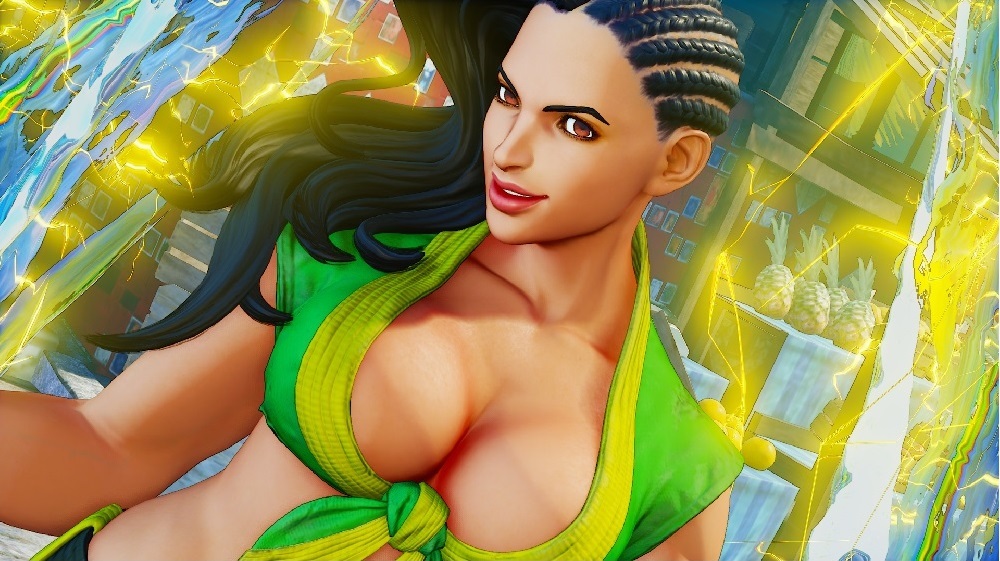 After an unfortunate leak by Famitsu earlier this week and the accidental unveiling of her announcement trailer by Gamestop New Zealand, Laura Matsuda has officially been revealed as the 3rd brand new combatant for Street Fighter V. Hailing from Brazil, Laura is a practitioner of a special form of Brazilian Jiu-Jistu, labelled Matsuda Jiu-Jitsu. Her mix of rapid movement and command grabs make her perfect for a player who loves to mix up their opponents mid combo, transitioning into arm bars or other submission holds while in close, causing your opponent to be constantly on guard as to what you might throw out next.

She is however, the very first grappler in Street Fighter history to have a projectile, with her Thunder Clap being a close range wave (almost like a mini Aegis Reflector in shape), which can force a block which can then allow you to make a clean command grab. Her V-Skill is called Linear Movement, which gives her a short range dash depending on your directional input. If you just tap the V-Skill buttons without a direction, Laura will perform an overhead kick. Her V-Trigger is Spark Show, which makes her already shocking offensive capability, even more electrifying. In this state, Laura’s Thunder Clap goes further, her command grabs and attacks deal more stun and her Linear Movement dashes become longer. Laura seems like a character you don’t want to let get the upper hand, as her mobility will run you into the ground.

Based on her name of Matsuda, she must be related to Sean Matsuda from Third Strike in some way. Maybe a possible sister or cousin? Her electric powers must also mean she has trained with Blanka in some capacity, which may mean that the green spark beast is out for the foreseeable future of Street Fighter V, which will delight many fans. Laura’s kit is quite the interesting one, with her short range projectile leading into some tricky command grab setups. She will definitely have to fight R. Mika as my possible main when Street Fighter V eventually releases. With Laura, there is only one brand new character and one returning fighter left to announce. By the sounds of it, New York Comic Con will be the next reveal location so let’s hope this fighter is not leaked early. Is Urien really coming back or will this be the first look at Zen, the rumoured boss of SFV? Look out for the NYCC announcement very soon.