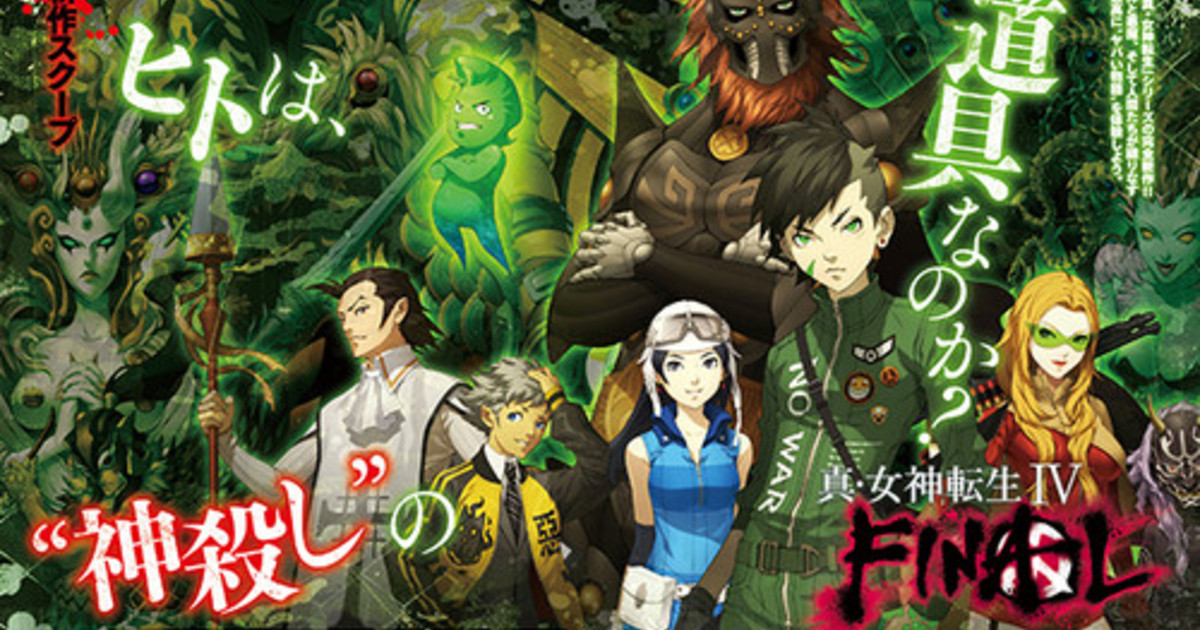 The Shin Megami Tensei series is a unique one, as every entry of the main series has appeared on a different format upon initial release, until today. After a series of mysterious updates on their official website, ATLUS have revealed Shin Megami Tensei IV Final for the Nintendo 3DS, alongside a budget re-release of Shin Megami Tensei IV. Although it is not known if the game is a sequel or an alternate universe, it is exciting to see another entry in the long running franchise, as the Persona spin off series has become more well known in western territories.

No release window has been announced for Shin Megami Tensei IV Final, only a small teaser image which seems to show a number of mysterious characters and demons together in a viridian landscape. Does this annoucnement fill you with excitement, or are you cautious about the content of the latest title to bear the Shin Megami Tensei name? Let us know what you think in the comments below.