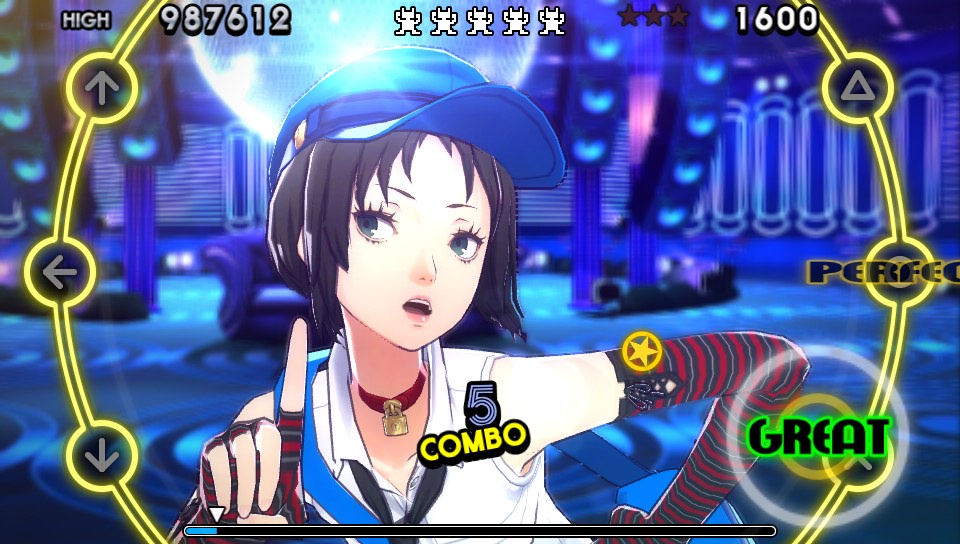 After it’s initial release in Japan a few months ago, the American release of Persona 4 Dancing All Night is less than a week away. Now that they have announced all the playable characters available without additional purchasing, ATLUS have turned their attention to the extra characters that will be available as DLC shortly after release.

First to appear on the DLC stage is Tohru Adachi, the slippery ex-assistant of the protagonist’s uncle. Unlike in Persona 4 Arena Ultimax, he does not appear in the Story Mode, so how he ends up in the Midnight Stage is somewhat of a mystery. Regardless, in Free Dance mode, he is ready to strut his stuff to a remix of The Fog, which was used as one of the boss themes in the Persona 4 endgame. If you manage to activate Adachi’s Fever mode whilst dancing, Yu Narukami will be his partner.

Next up to the plate is Marie, the mysterious girl who helped Margaret in the Velvet Room in Persona 4 Golden, who later turned out to be a minor goddess with amnesia. Like Adachi, she is not in the Story Mode, but does appear in the Free Dance mode. If you select her, Marie will dance to Break Out Of …, the opening theme of Persona 4 Arena Ultimax. If you manage to activate the Fever bonus, fellow Velvet Room resident Margaret will be her partner.

The final character to step out on the Midnight Stage is Hatsume Miku, a guest from the highly popular Project Diva f series. As a guest, she only appears in Free Dance, and she uses a unique vocaloid remix of Heaven from Persona 4. There is currently no English trailer available for this character, but she will arrive on October 20th, the same date as Adachi and Marie. All three characters will be available for $4.99, alongside the already announced downloadable songs, some of which will be completely free to download. If you are interested in seeing the standard and limited editions of the game, be sure to check out this special unboxing presentation below, presented by the staff of ATLUS USA themselves.

Are you excited to get dancing on the Midnight Stage, and will you buying the additional content? Let us know what you think in the comments below.