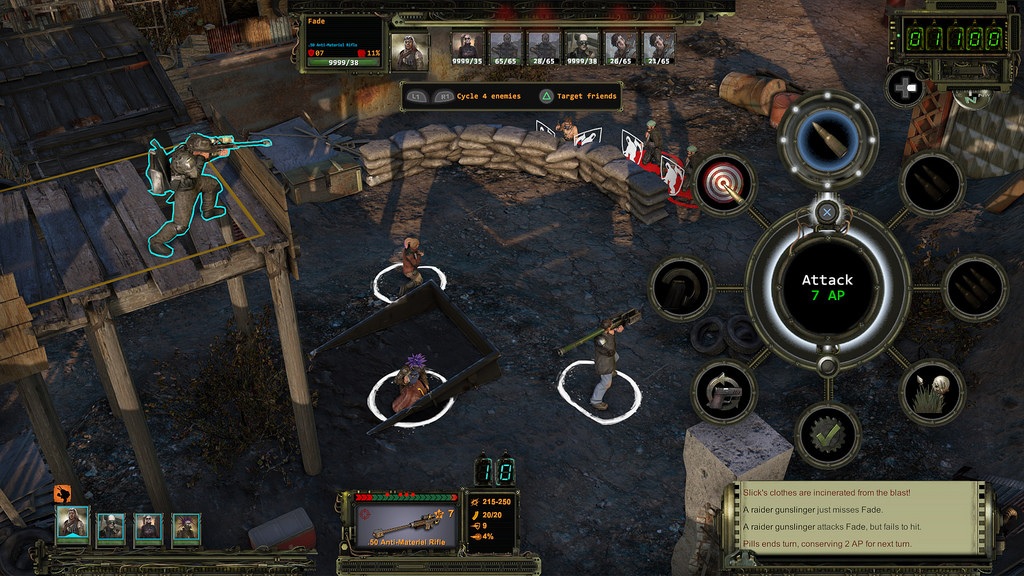 Just before another highly anticipated post apocalyptic RPG makes its way to the console, inXile Entertainment’s Wasteland 2: Director’s Cut is making its way to PS4 on the 16th of October. This port of the critically acclaimed RPG comes with fully reworked controls for console, similar to the last gen ports of XCOM: Enemy Unknown, along with a complete graphical overhaul due to the game’s switch to the Unity 5 engine. This means all the character models, lighting, texture work and environments have been given a fresh coat of rusty paint for the console edition of this journey across the Wasteland.

There have been some gameplay overhauls as well, with the Perks and Quirks system which allows characters to gain specialist skills to help them across the blasted plains of Arizona and California, while the Quirks act as unique personality traits for your party members which bestow specific buffs and debuffs onto your characters. The new Precision Strikes, similar to VATS targeting in Fallout, lets you inflict targeted attacks on specific areas and body parts which adds another tactical layers to combat encounters.

Wasteland 2 will be a great RPG to tide eager Fallout fans over until Fallout 4, and acts as another window into the post-nuclear war genre which has received a new lease of life with recent titles like Mad Max. Check out the trailer below and head off into the Wasteland on October 16th.