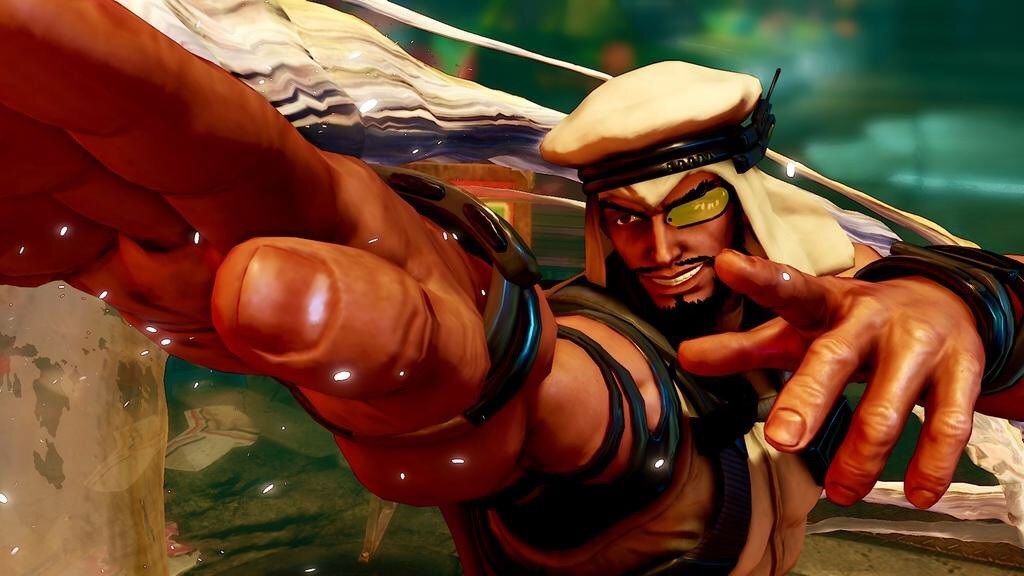 No, those tornadoes aren’t Cody’s, they are from Rashid of the Turbulent Wind, a brand new fighter for Street Fighter V who hails from the Middle East. Revealed at the Dubai Games Show, Rashid takes the term ‘vortex’ to a whole new level, with his multiple way to mix up, cross up and get in on his opponents using his wind powers. He is able to throw out mini tornadoes which fly upwards to hit jumping opponents, he can flip off walls a lot like Vega, roll underneath certain projectiles in what I think is his V-Skill (his V-Skill and V-Trigger are yet to be confirmed) and can even summon a large tornado which can soak up projectiles and allow Rashid to jump straight behind his foe to cross up.

His design is quite unique, with a sheikh, a Whirling Dervish and a Super Saiyan all rolled into one to create this hurricane force fighter. It’s great to see Capcom trying to represent areas of the world which have not usually had representation in fighting games. It’s fair to say Rashid is a step in the right direction. We will update when we know details such as Rashid’s V-Skill and V-Trigger but right now, enjoy his reveal trailer and await more Street Fighter V news in October, as another fighter is unveiled at the Brazil Games Show.