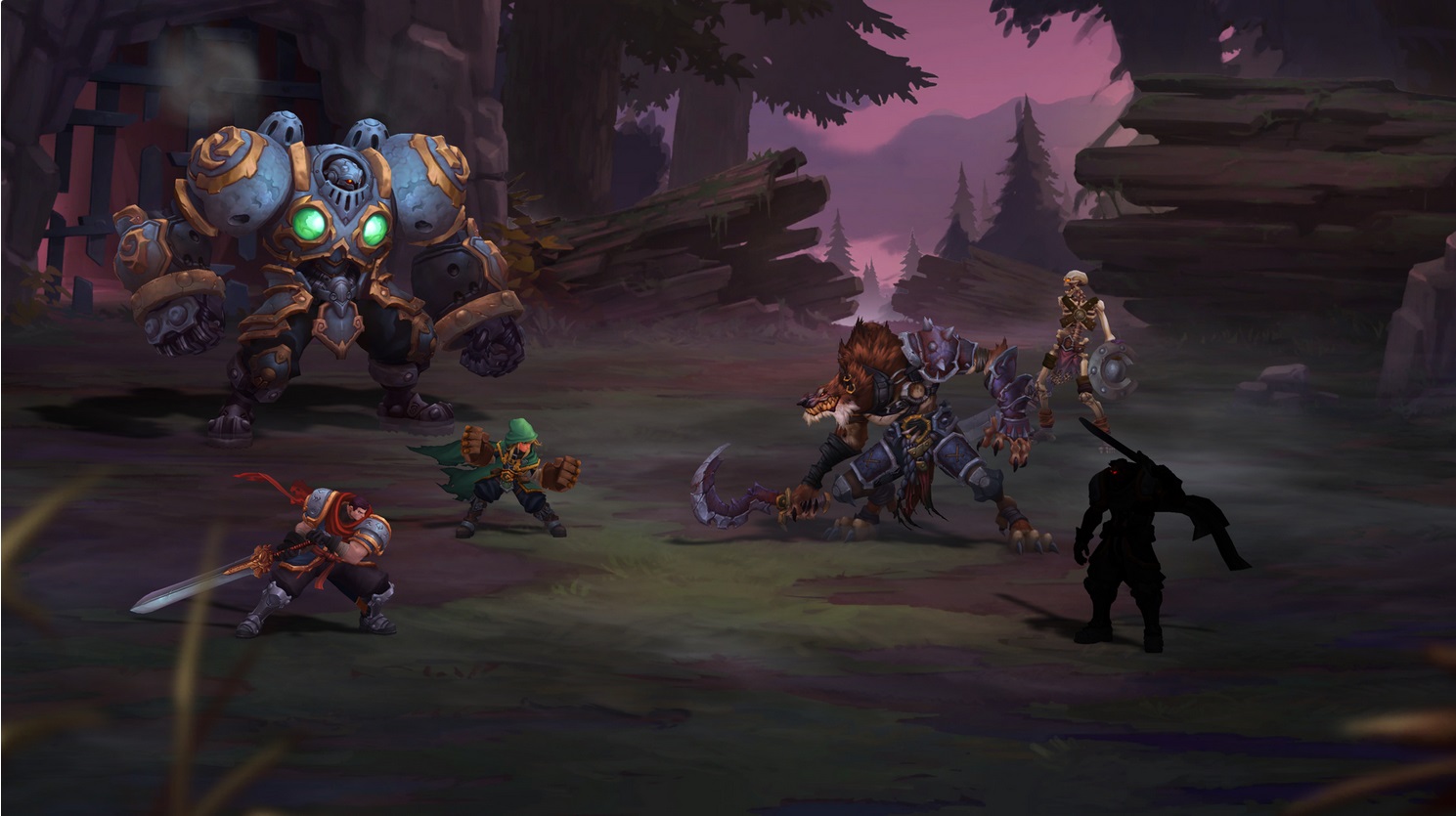 For any fans of the cult 90s comic Battle Chasers or the work of Vigil Games, this Kickstarter may be one to keep an eye on. Joe Madureria, creator of the Battle Chasers comic has helped form new indie studio, Airship Syndicate out of ex-Vigil Games members and they want to kick off their studio’s career by creating Battle Chasers: Nightwar. The project is planned to be an old school JRPG, taking inspiration from titles like Suikoden and Chrono Trigger, set in the Battle Chasers universe and staring the cast from the original comic book.

Starting from the bleak town of Harm’s Way, you must fill up your backpack with the essential and trek out into the work in a party of three, looking for randomly generated dungeons to explore and bosses to fight in the traditional JRPG overworld. Once in a dungeon, you must utilise your party’s unique dungeon skills to progress as well as conquer foes in a turn based battle system, featuring a two-tiered mana system and an in-depth initiative bar, which is a lot more engaging than the usual ATB system seen in classic JRPGs.

Dungeon configurations change if you return to ramp up the difficulty with new NPCS and rare artifacts becoming available to unlock should you conquer the increased challenge. However, dungeons only have one rest point to heal yourself, replenish resources and stow away any treasures so plan ahead for unexpected attacks. Death causes you to lose every item that is not equipped to your party so item management is key.

Key story moments will be animated in traditional 2D by Powerhouse Animation Studio, adding gravity to story scenes. So far, the art design and visuals look great even from this early stage, really capturing the essence of the original comic. You can tell that Battle Chasers: Nightwar is being designed by a group of diehard JRPG fans, specifically for JRPG fans. Airship Syndicate seem to have a clear grasp of where they want this project to go and develop, so I think it’s safe to pledge your money to this Kickstarter.

Battle Chasers: Nightwar is scheduled for a December 2016 release on PC and Mac, with console ports being a definite stretch goal once Airship Syndicate have decided what they will be. I will most definitely keeping an eye on this project and you can back it right here. You can also be assured that a new three issue arc of the Battle Chasers comic is also planned, along with potential for more comics and even an animated series should the franchise relaunch go well.