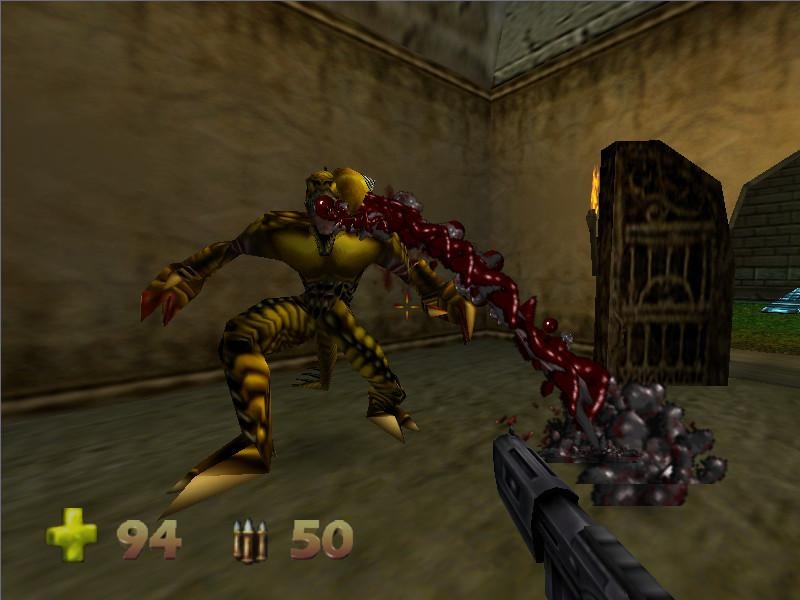 For all you shooter fans who long for old days of jumping puzzles, levels clouded in fog and the most creative weapons imaginable, your prayers may have been answered. Night Dive Studios, who previously remastered System Shock 2 and Darklands have announced that they will making enhanced version of Turok: Dinosaur Hunter and Turok 2: Seeds of Evil for PC. This will included a new lick of paint to bring the games up to modern standards, as well as a host of other features.

It’s fair to assume the fixes will be to improve the notorious fog which plagued many Acclaim shooters, as well as tweaks to the FOV and a host of options for players to tinker around with. Hopefully, the legendary Turok cheats will still be intact, so I can just pop in BEWAREOBLIVIONISATHAND and run round Turok 2 with all the weapons and Tooty Fruity mode turned on. No release date has been announced just yet but the remasters will be available on GOG.com, Green Man Gaming, Humble Bundle, Steam, GamersGate and the official Night Dive Studios website. Turok was a classic series of the N64 era and if you have a couple of pounds lying about, you should definitely download Turok 2, as that game has some of the most creative and disgusting weapon and boss design that I’ve ever seen.