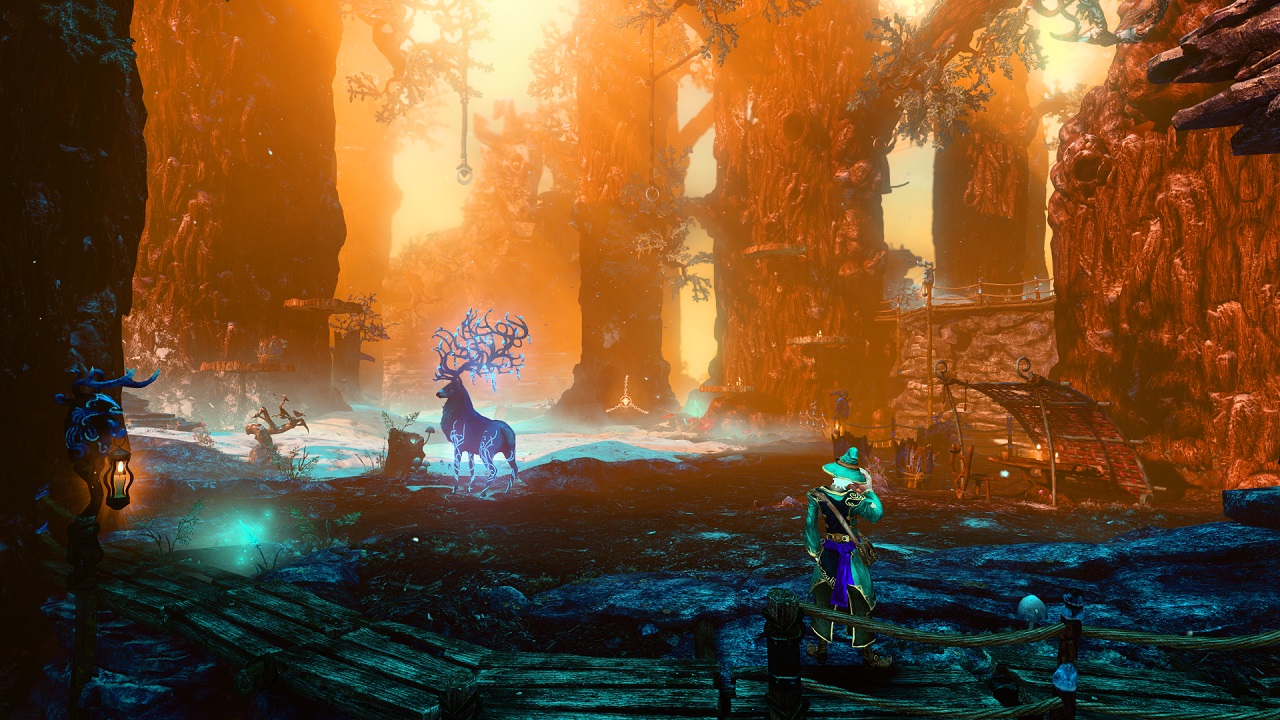 Trine 3, the latest in Frozenbyte’s series of fantasy puzzle-platformers, is now available on PC. Trine 3 moves away from the side-scrolling nature of the first two games and goes fully 3D for the first time.

The game follows the Trine trio – wizard Amadeus, knight Pontius and rogue thief Zoya – as they attempt to give their transformation powers (having had quite enough of them) back to the Trine, but it shatters, causing the resurrection of a powerful sorcerer, as you do. Now they must work together as one single player, or in online or local co-op to restore the Trine before it’s too late.

The first Trine was released in 2009 and received praise for its puzzle design and mechanics. An indie success story, Trine spawned a sequel in 2011, which was once again praised heavily. Frozenbyte’s latest in the series moves the game from a side-scroller to a fully explorable 3D world. Frozenbyte have also released a launch trailer showing the various environments and critical praise that has been given to the game: