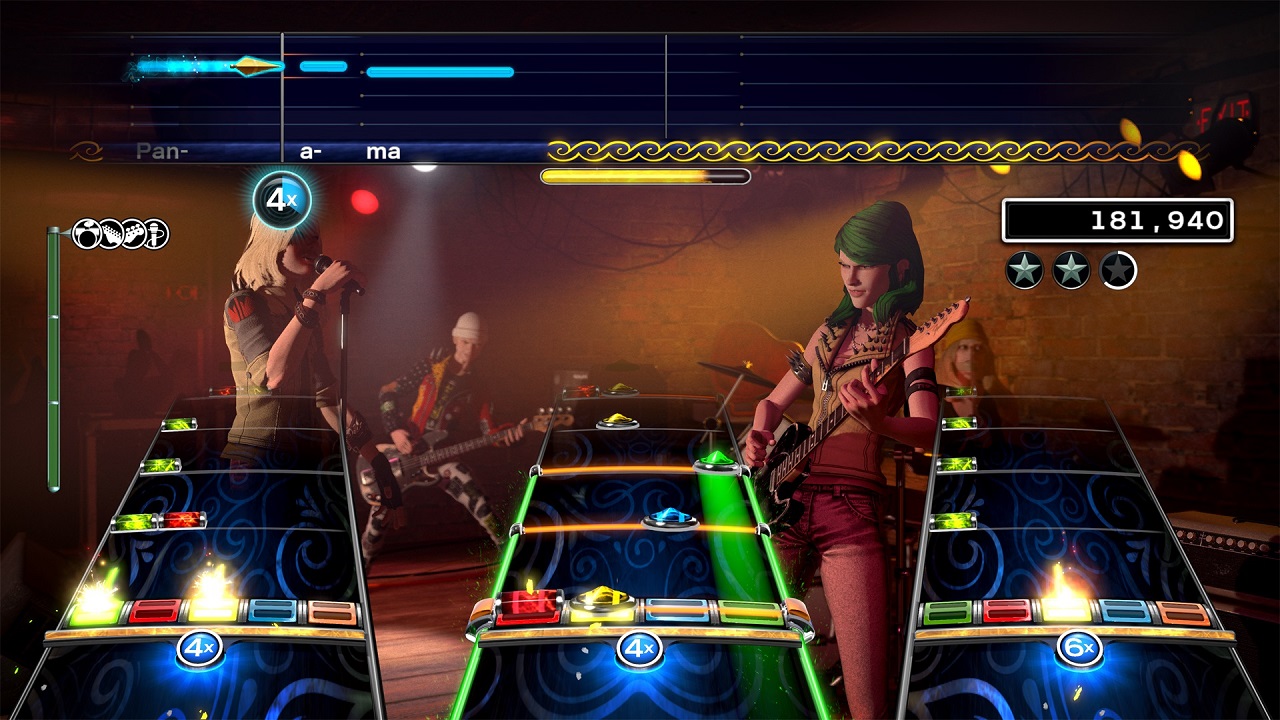 Harmonix’s upcoming rhythm game Rock Band 4 will include Van Halen on the setlist for the first time in the franchise’s history.  Harmonix and MadCatz today issued a press release stating that the Rock and Roll Hall of Fame inductee’s 1984 hit “Panama” will be on the disc when the game launches in October. Harmonix has also produced a trailer showcasing the track in action:

As usual, Harmonix isn’t just content with the one Van Halen song, as the company also says that there will be more songs from the legendary group as post-launch DLC, although exactly which songs haven’t been announced. Apparently getting Van Halen on the soundtrack has been the goal of Harmonix CEO Steve Janiak for quite some time, as he says in the press release:

“For years we’ve wanted to bring Van Halen’s music to Rock Band. Not only are the songs incredible in their own right, but they’re amazingly fun to play and perform, whether you’re on guitar, bass, drums, or vocals.”

Rock Band 4 is the return of the plastic guitar rhythm genre, which enjoyed a meteoric rise to fame in the mid-late 00’s, but quickly reached saturation point, causing the genre to disappear as quickly as it had first showed up. Harmonix’s latest offering is the first game in the genre to come around in five years, so maybe the world is finally ready for the comeback tour. Rock Band 4 launches on PS4 and Xbox One globally on October 6th, 2015.