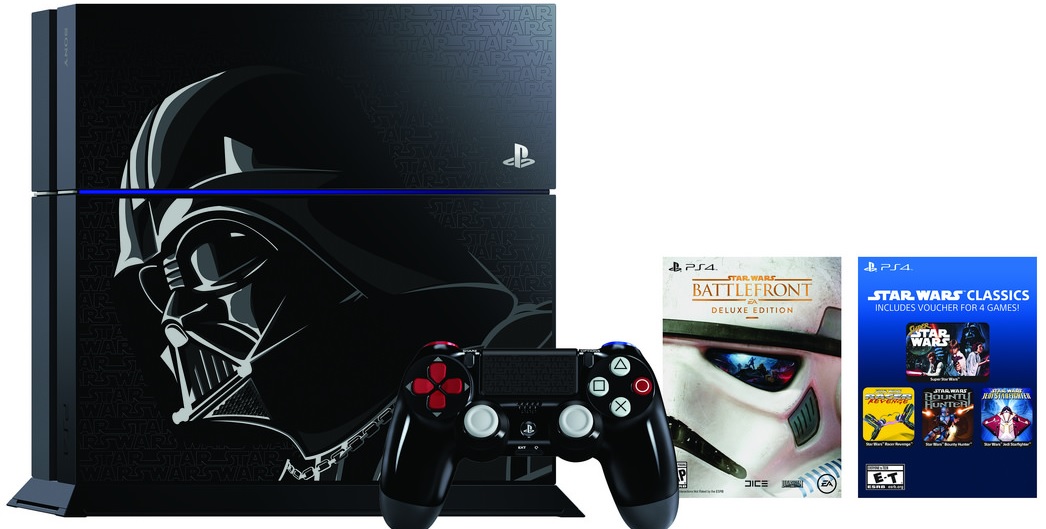 Revealed at the D23 Expo at Anaheim today, Sony have shown off a special Darth Vader styled PS4 as well as 2 Star Wars bundles which will be available this November. The Limited Edition Battlefront bundle will include a 500GB PS4 and Dualshock 4 controller with the Darth Vader styling, based off the Sith Lord’s chest-panel and the repeated Star Wars logo.  This particular bundle has the Star Wars Battlefront Deluxe Edition, as well as a voucher to download 4 Star Wars classics. They are Star Wars Bounty Hunter, Super Star Wars, Star Wars: Racer Revenge and Star Wars: Jedi Starfighter, which will all have Trophy support and uprezzed graphics.

Check out the trailer below and ready your wallets for this November.