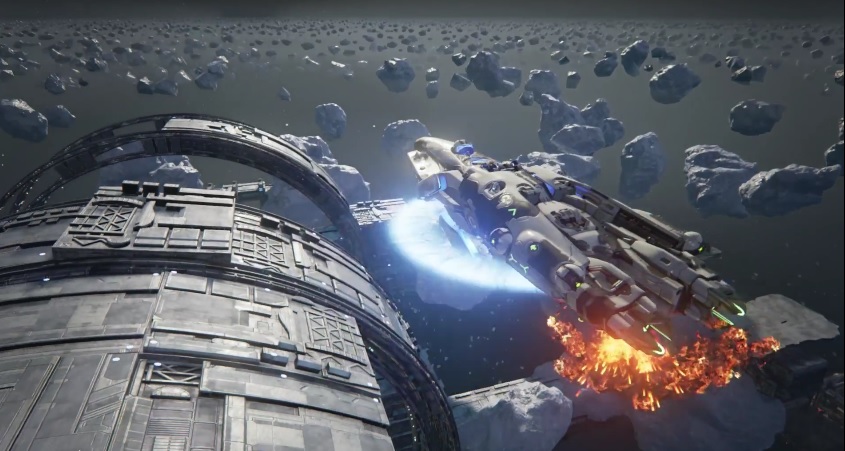 If you like space combat, giant battleships and deathmatch action, Dreadnought might be the game for you. Shown off at Gamescom, Dreadnought pits you as a ship captain in a cutthroat universe, full of space pirates, fearsome armadas and non stop action. You face off in 5v5 battles in space or in atmosphere of certain planets and it is your job to waste enemy ships as quickly as possible.

So far, Team Deathmatch and Team Elimination have been announced as game modes and the developers have said that they are primarily focusing on capital ship combat rather than fast paced dogfighting. The game is designed as a free to play title but it will feature a single player campaign as well, penned by comic book writer Dan Abnett who was written for comics like Guardians of the Galaxy and has turned his hand to the Warhammer 40k universe too.

There are 5 currently announced ship types, ranging from the sneaky Corvette to the glass cannon Artillery Cruiser. You can check out all of the ships on the Dreadnought official website and can even sign up for the closed beta which will launch in early 2016. As a fan of giant space battles and who doesn’t have the patience to get into a grand MMO like EVE Online, Dreadnought might be the perfect way to get your battleship fix. Check out the trailer below and expect more Dreadnought details soon.