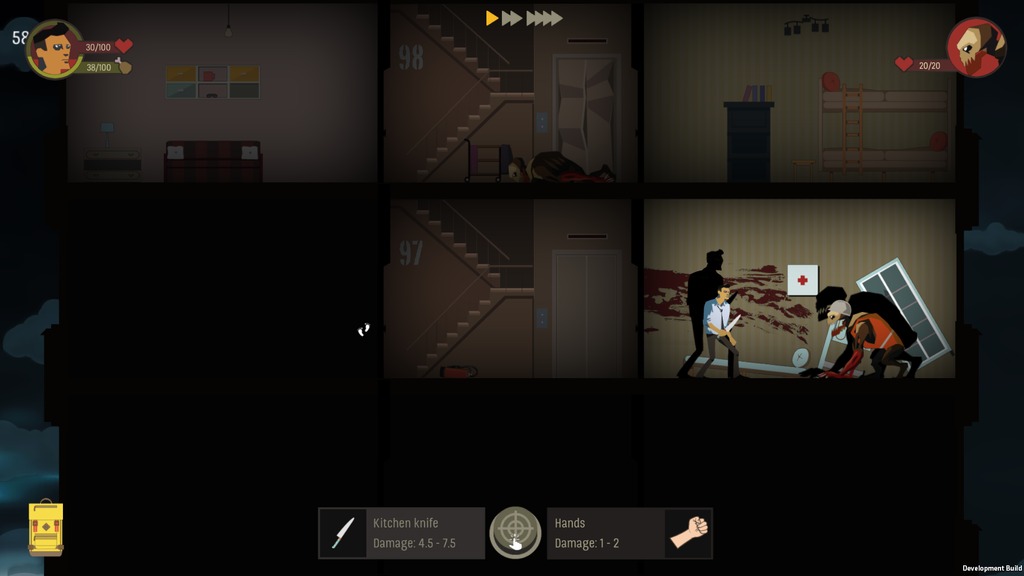 Daedalic Entertainment is happy to present a new trailer for their game: Skyhill, a rogue-like survival title.

Unlike most trailers which focus fully on the gameplay elements of an indie title, Daedalic have created a comic book-styled cutscene trailer which may remind some viewers of the cutscenes in the Max Payne titles.

The story of Skyhill places you in the shoes of entrepreneur; Perry Jason. He stays at a hotel called Skyhill, one of the poshest and most secure hotels in the city. As he sits down to enjoy his few days of luxury, the hotel falls into lockdown, trapping Perry inside as the world around falls into chaos, leaving poor Perry as one of the few survivors of the apocalypse, caused as a result of the end of the Third World War.

Skyhill is being developed by Russian developers; Mandragora and Daedalic Entertainment.

The title is currently scheduled to release for Mac, PC and Linux and will release on October 2015 via Steam, GOG and Mac App Store platforms.

Check out the trailer below!