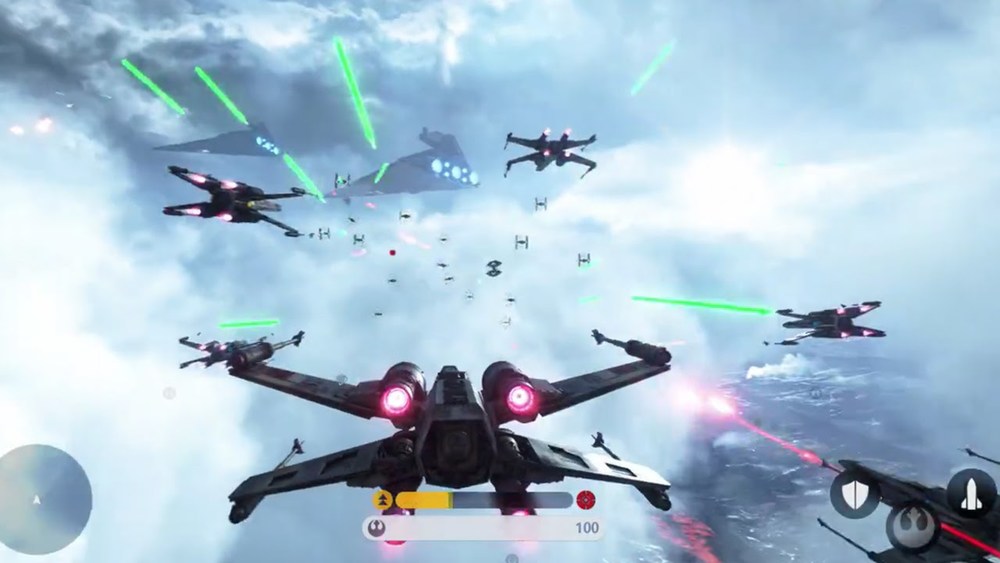 It’s pretty obvious how excited everyone is for DICE’s new Star Wars Battlefront, it looks amazing and it’s more Battlefront. Something we have not had for more than 10 years. The ground battles look epic (I hate that word, but it truly applies here), you can play as your favourite heroes and villains once more, and re-live all of the best battles from Star Wars, except you will be playing it with a large number of other players, who will undoubtedly insult you and your family if you do anything detrimental to the game. So maybe it won’t be a fully authentic Star Wars experience, but it’s the best we can get right now.

At GamesCom, EA pulled a gigantic rabbit out of their hat, this rabbit was flying an X-Wing and its name was Fighter Squadron.

Fighter Squadron is the new game mode for Battlefront, instead of placing you on the ground of a planet in the boots of a rebel trooper or the Empirical equivalent, it places you in a wild dogfight. The game mode is very similar to the Rogue Squadron games on the Nintendo 64 and Gamecube. In other words, it looks absolutely amazing.

Fighter Squadron seems to be a mix of dog-fights and objective based missions. In the trailer we see an example of this, whilst the Empire pilots have to escort a transport vehicle, the Rebels must attempt to destroy it before it reaches its designated location.

Heroes are also available in this dog-fight mode, as during the heat of battle, the Millennium Falcon shows up to save the hides of the Rebel pilots.

Star Wars Battlefront will be released on the Xbox One, Playstation 4 and PC on November 20th 2015.

I’ll stop gassing about this trailer, just see it for yourself.