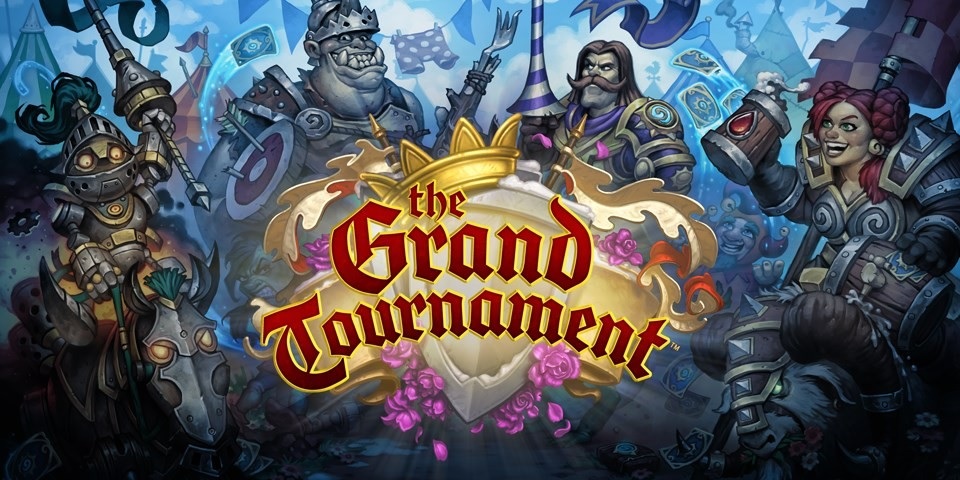 In their next add-on for the incredibly popular card game Hearthstone, Blizzard have announced The Grand Tournament expansion which will launch next month. With the Lich King being very quiet as of late, the Grand Tournament up in Northrend has become a little more jovial, inviting knights of every shape and size to fight for glory and fame on its stage. The expansion offers 132 new cards, with a healthy dose of murloc, pirate and even ogre knights to add into your deck and crush your opponents with.

In addition to all those lovely new cards, there is a brand new keyword added to the mix in this expansion called Inspire. This card ability activates after you use your Hero Power, giving cards more attack, adding a random spell to your hand and so on. There will no doubt be tons of interesting synergy for people much better than me to discover so expect some fancy plays happening online within the next month. Also expect a new play board with all manner of things to click on whilst waiting for your opponent to finally play their final card as well as the ability to specifically select a Grand Tournament, Gnomes vs Goblins or a Classic Card pack upon winning an arena run.

No news on the exact news on when The Grand Tournament will start in August but if you are really hankering to get decks ready, you can pre-purchase up to 50 Grand Tournament card packs right now in order to have some sort of a deck ready on launch day. Make sure to check out the trailer below for the grand reveal of this Grand Tournament.