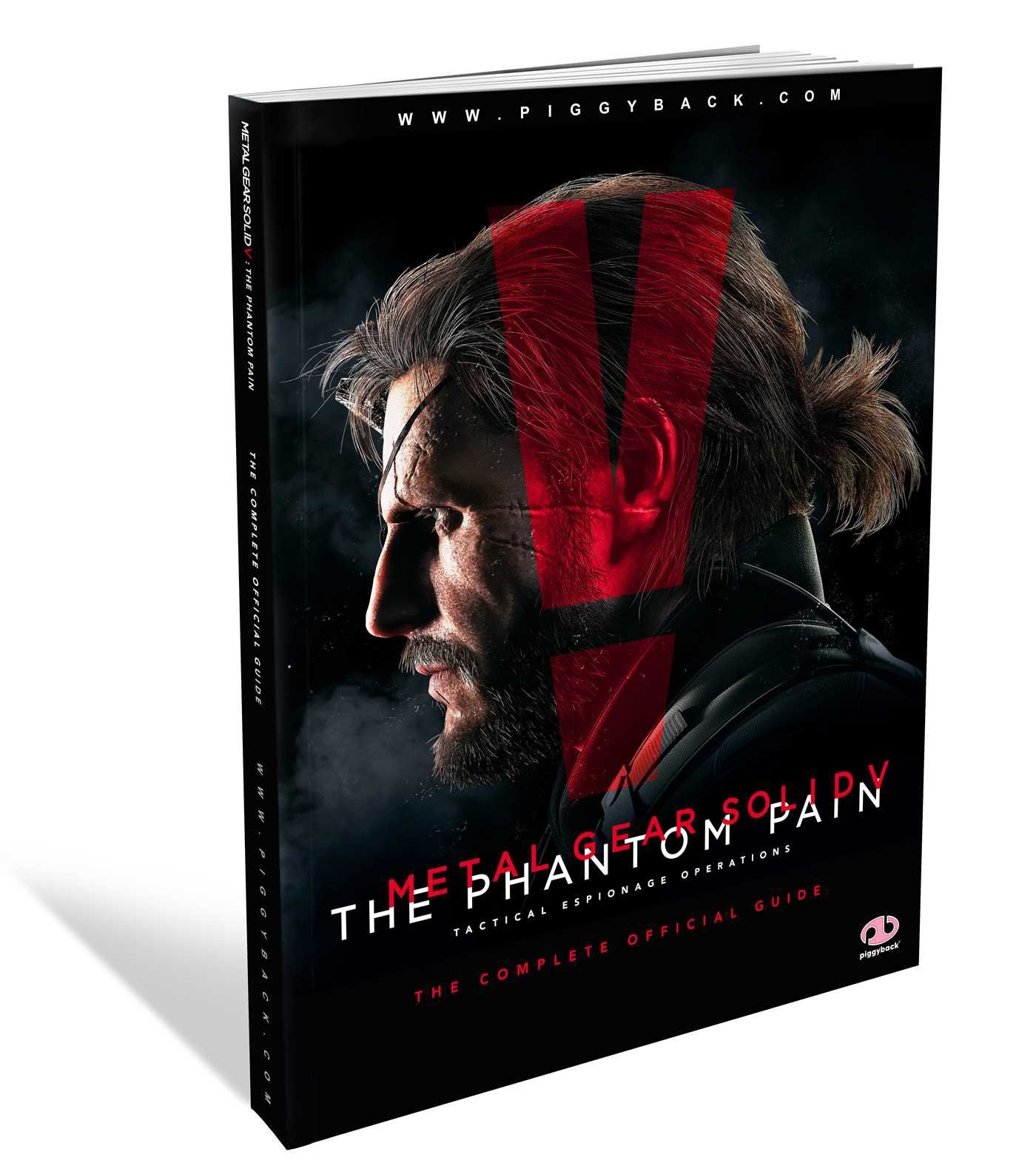 Piggyback will release two versions of the guide, a paperback version and a hardcover, collectable edition. The guides will be released in North and South America and across the European territories in English, French, Italian, German and Spanish languages. The guides will be available simultaneously with their game SKUs across all territories.

“We have worked closely with Piggyback on the guides to all Metal Gear Solid game releases over the past 15 years and it is a real pleasure to continue that collaboration with Metal Gear Solid V: The Phantom Pain,“ said Sandra Arcan, Senior Manager, Licensing and Merchandise – EMEA at Konami Digital Entertainment B.V.

The guides are the result of a very close collaboration between the game studio and Piggyback and will offer a not-available-elsewhere insight into Metal Gear Solid V: The Phantom Pain and its deepest systems. The guides will contain a map based walkthrough with annotated, hi-res screen shots for easy, at-a-glance use. Missions, side quests, secrets, collectibles, Achievements and Trophies will be revealed. In addition, fans will be treated to tons of extras including an extensive story re-cap and a poster covering the immense world.

Piggyback’s Louie Beatty said, “We are so pleased to have the opportunity to be a part of the conclusion to the Metal Gear Solid V experience and to provide the players with a comprehensive reference to commemorate this amazing game.”

The hardcover, collectable edition will have a limited print run and will include an exclusive lithograph by Yoji Shinkawa. The hardcover will also contain additional content including an art gallery that will be a must-have for passionate fans of the series.

The guide is about 400 pages long so there will be a lot of content for fans to read whilst playing through The Phantom Pain. On Amazon, the paperback version retails for £13.79 while the hardcover guide goes for £17.99 so pretty reasonable prices for the amount of money you are spending. The guides are also designed to spoil as little of the game as possible so don’t worry about ruining the game for yourself as you read.