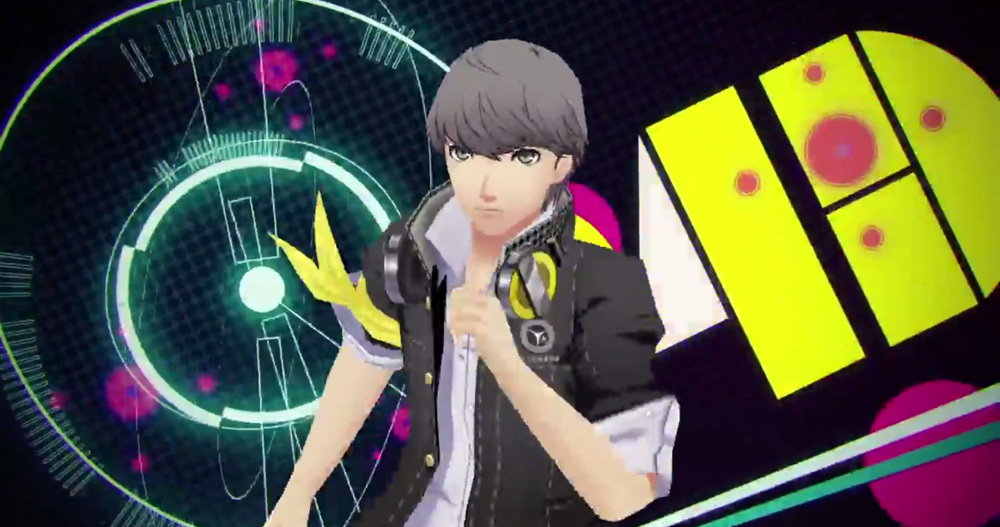 Before the original release of Persona 4 Dancing All Night in Japan, ATLUS released a series of character trailers. Now that the international release has been confirmed, ATLUS are releasing the official English trailers for each of the main characters, starting with the protagonist Yu Narukami and idol superstar Rise Kujikawa.

First to be revealed is Yu Narukami. After the events of the previous Persona 4 games, he is now back living in the city with his parents. After receiving a call for help from Rise, he calls the investigation team back together to rescue the idols that have fallen victim to the Midnight Stage. Fans of the original will be pleased to know that Johnny Yung Bosch has once again returned to voice the unofficial leader of Persona 4’s heroes, and together with his Persona Izanagi, they will defeat the shadows that have appeared in this strange new world.

Finally, it is the turn of Rise Kujikawa. After the events of Persona 4, she is slowly returning to her job of being an idol. When a group known as Kanamin Kitchen mysteriously vanishes after following the instructions of a mysterious rumour, she calls on the Investigation Team to help her solve the mystery. Laura Bailey has not returned this time around to voice Rise, but her substitute sounds perfect for the kind of character she is meant to be.  Together with her Persona Himiko, she is determined to make her voice known and rescue her friends from a terrible fate.

Do these English trailers make you excited for the dubbed version of Persona 4 Dancing All Night? Let us know what you think in the comments below.