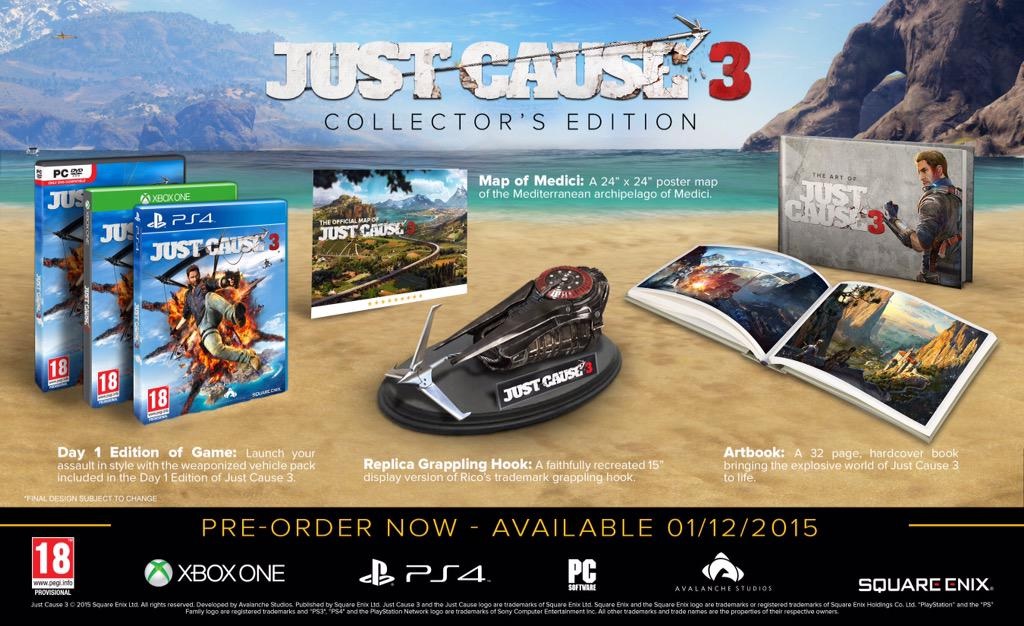 For all of you die hard Just Cause 3 fans out there, Square Enix and Avalanche Studios have revealed what goodies fans will get if they fork out the cash for the Collector’s Edition of Just Cause 3. Fans will receive a 15″ replica of Rico’s trademark grappling hook, a 32 page artbook showing how the island of Medici was created, as well as a 24″x”4″ map of the in game world and of course, the game itself. Also note that players who buy the Collector’s Edition will also receive the weaponized vehicle DLC pack that is available with the Day 1 Edition of Just Cause 3.

This Collector’s Edition will retail for £79.99 for Xbox One and PS4, while the PC is £10 cheaper at £69.99. I imagine copies of this Collector’s Edition will zip off the shelves so make sure to get your pre-orders in sharpish. Just Cause 3 will release on the 1st of December and expect a lot more news about the game as we inch closer to its launch.