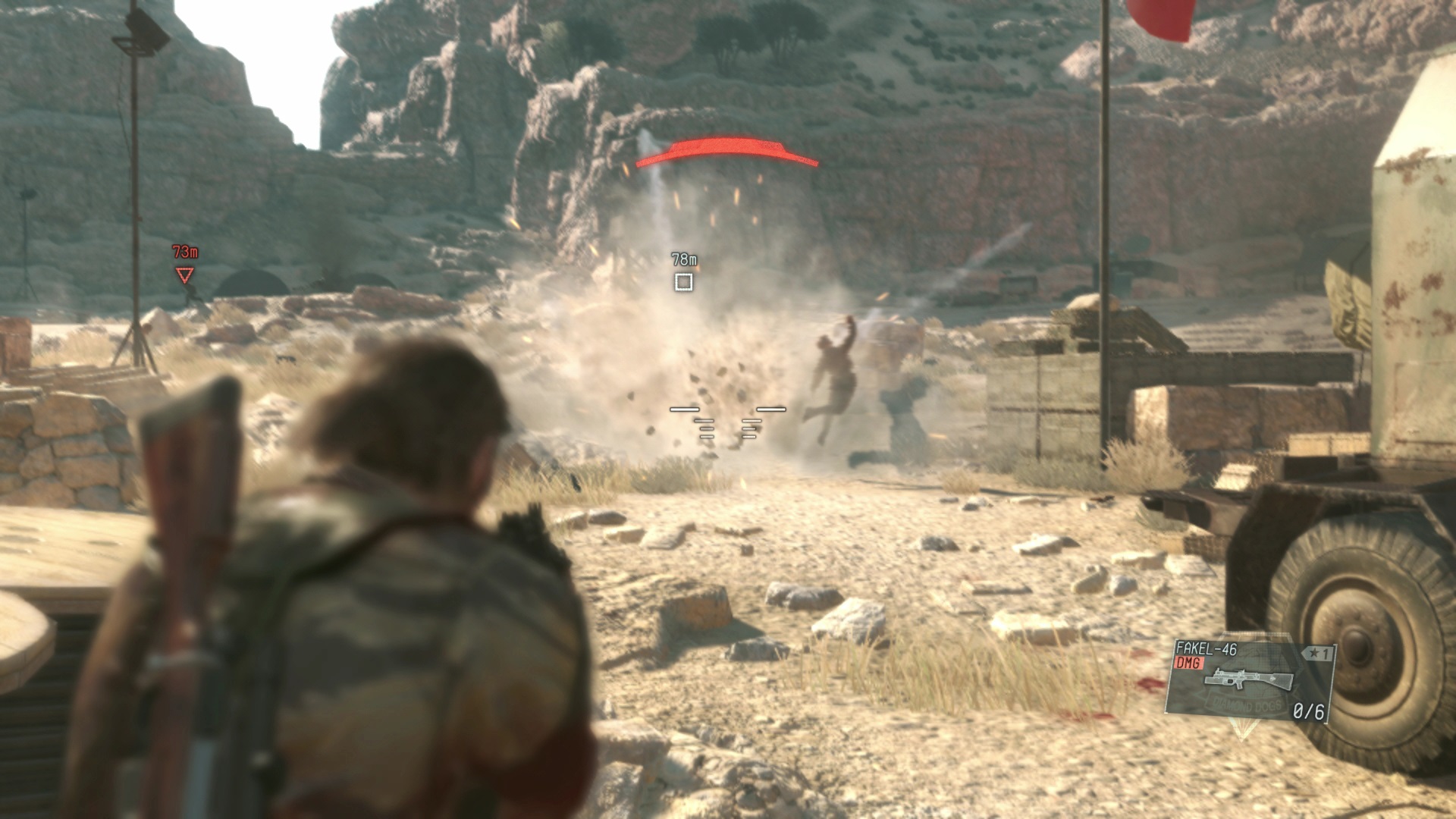 UPDATE: Konami have now released a English version of the demo walkthrough, which you can find below the original Japanese video.

Now, I imagine you all saw the feature length demo of Metal Gear Solid V which came out during E3. We got a look at the game’s mission structure, saw the D-Dog and D-Walker in action as well as the ability to blast Spandau Ballet while you are raining down minigun fire from your own helicopter. Well, Konami have just released an alternate gameplay demo, showing 4 different ways to tackle the ‘Hero’s Way’ mission shown in the first E3 demo. These range from having Quiet at as sniper support as you tranquilize the Spetsnaz forces, using a helicopter to launch a full on assault on the compound, using traditional stealth and new cardboard boxes to sneak in and out of the base or even rocket punching the commander from a distance using Snake’s Blast Arm.

If you are foaming at the mouth for The Phantom Pain like I am, this 30 minute demo should hold you over for a bit longer, but it is still an agonising wait until September when Kojima’s masterpiece is released to the general public. Just remember that this whole demo walkthrough is in Japanese, so turn on the subtitles if you want to understand what the announcer is talking you through. The Youtube translation is by no means perfect but it will give you a better idea of what’s going on.

Check out the demo below and expect more frantic MGSV coverage as we creep toward the September release date.