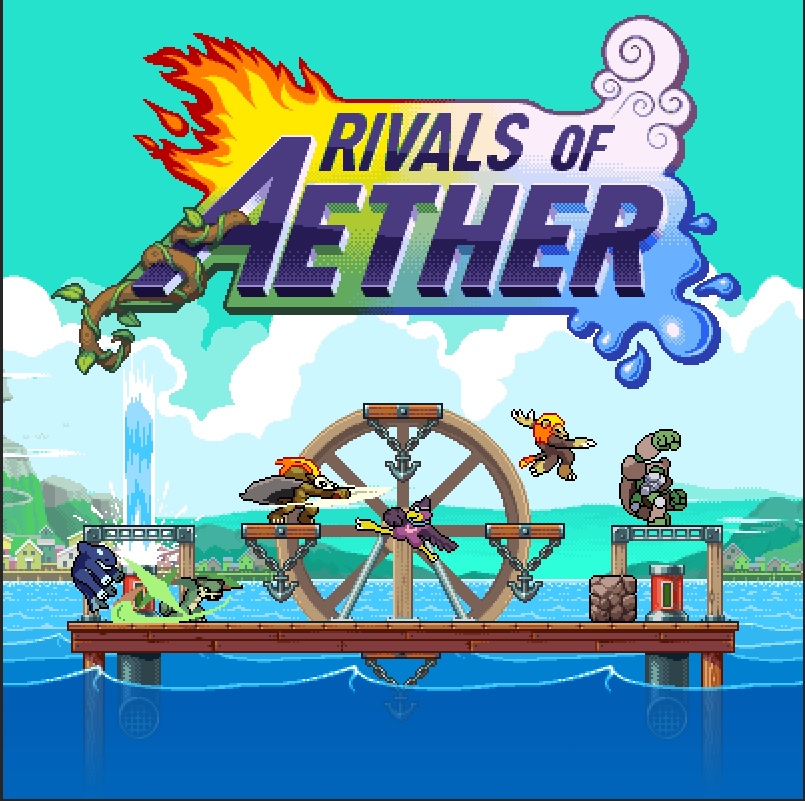 In less than 3 days, the Smash Bros inspired indie fighter, Rivals of Aether, has been successfully greenlit via Steam Greenlight. Rivals of Aether has you choose a Rival from one of the four classical elements to fight in various arenas to see who is the champion of combat. You can play locally with up to 4 players, go online in Ranked Matches or play through the game’s Story Mode to learn more about each individual Rival and their back story. There is even a special Abyss Mode, where players must fight through as many shadowy versions of other fighters until they are knocked off stage.

For people who are veteran Smashers and are coming at Rivals of Aether from that community, there are a couple of key differences to note. There are no grabbable ledges on stage, shields are not present and neither are grabs. While this may seem quite a change at first, it promotes Rivals of Aether’s much more offensive fighting style. As there is no need to ledgehog, fights end up all or nothing affairs when you get off stage, as players desperately try to spike the opponent into the abyss. Without grabs, combos become king as one mistake can lead you to being combo’d all the way off stage and into a blastzone. As for shields, they have been replaced with a parry system, which strikes the balance between powershielding from Smash and the parries found in Street Fighter 3. When you parry a strike correctly, your opponent will freeze for a short moment, allowing you to go in and start up a nasty combo.

With the Greenlight trailer, the squirrel-like fighter Maypul has been announced. This agile forest guardian relies on her speed and plant based attacks to trap opponents in unfavourable situations before sending them flying off stage. Her main trait is her Watcher’s Mark, which adds a visual indicator to marked enemies when you use certain specials, causing Maypul’s attacks to do increased damage.

Check out the trailer below and expect more news on Rivals of Aether later this year, when it hopefully releases on Early Access. Rivals of Aether will be available for Xbox One and PC and you can even check out our interview with main designer, Dan Fornace right here.