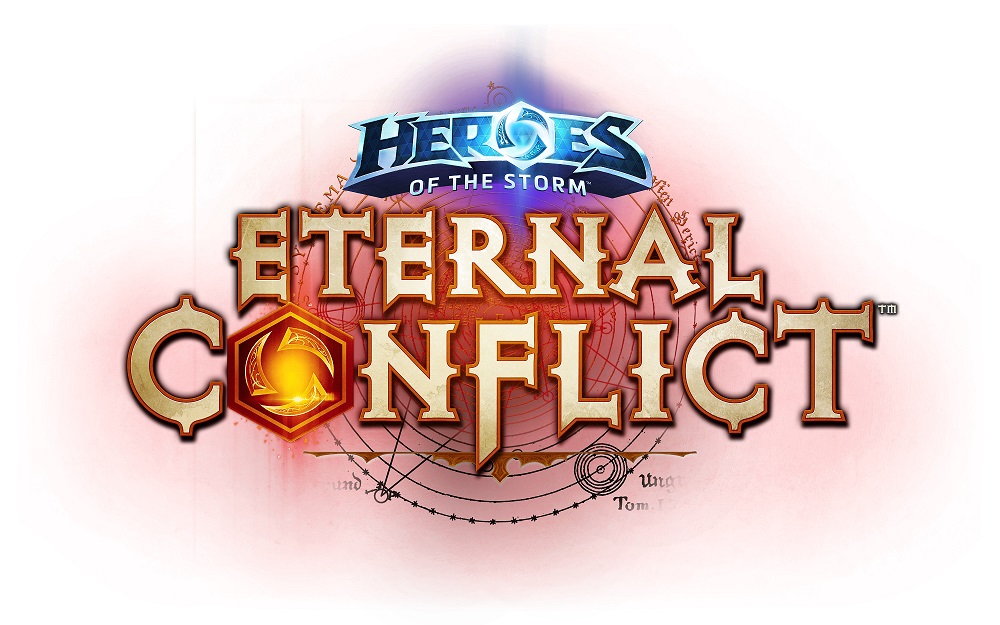 Blizzard and Heroes of the Storm are inviting players to take part in multiweek event The Eternal Conflict, a month after the game was released. The MOBA has seen millions of players around the world enter the fray as Heroes from across the Blizzard franchises, and The Eternal Conflict is set to add new Heroes and more.

The Eternal Conflict is set to expand Heroes of the Storm into a whole new realm. In addition to three new characters from the Diablo universe, The Eternal Conflict also brings new themed skins, mounts and Battlegrounds to the war between immortals.

“We’re excited to bring the world of Diablo deeper into the Nexus and introduce our first Battleground based on an existing universe,” said Mike Morhaime, CEO and cofounder of Blizzard Entertainment. “Players are in for a hellishly good time with the Butcher and other Heroes on the Battlefield of Eternity, and we can’t wait to add more Diablo-themed content to Heroes of the Storm as the Eternal Conflict wages on.”

Taking place at the shifting borderland between the High Heavens and the Burning Hells, the Battlefield of Eternity is the first Heroes of the Storm Battleground located within one of Blizzard’s established universes. Heroes will need to defend their core and attack the enemy while supporting their mighty Immortal, a massive angel—or demon—duking it out against their counterpart in the centre of the map. Available in-game starting today, this Battleground features unique themed mercenaries such as Fallen shaman and Khazra impalers with Battleground-specific powers. 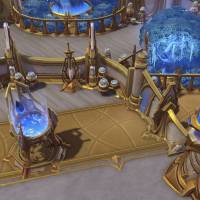 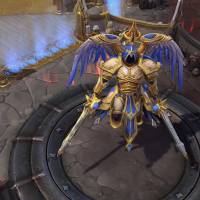 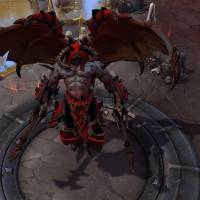 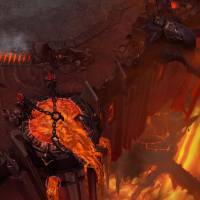 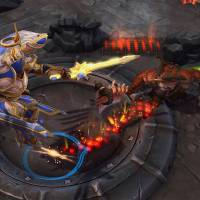 Diablo players will be familiar with the bloodthirsty demon known as The Butcher, who is the first new Hero. The Butcher is a damage-dealing melee Assassin who gains strength by gathering “fresh meat” from the remains of his fallen enemies. The Butcher’s Brand ability debuffs enemies so that he gains life with each attack, and he can also bring Lambs to the Slaughter, chaining his hapless victims to a post for four seconds.

Leoric, the Mad King of Khanduras—best known to Diablo players as the Skeleton King—will be the next Warrior to enter the Nexus in the weeks ahead. Notoriously bad at staying dead, whenever Leoric is put down he will rise as a wraith to continue haunting his enemies. In this ghostly form, his attacks slow his enemies and accelerate his return to the mortal realm—until he eventually reforms at the location of his wraith.

The final new hero is The Monk, a mobile, versatile melee Support hero who can heal allies and choose between two hero-defining Traits to fulfill the needs of his team. All of these new content updates for Hereos of the Storm can be found in the latest patch.