Just Cause 3 was showcased at E3 during the Square Enix conference. New video, images and information have been added to this article since the E3 announcement.

Opening with a high octane trailer, CEO Phil Rogers opened the conference recognising the companies absence from E3 in the few previous years. After a few words, Roland Lesterlin from Avalanche Studios took stage to give a greater insight into the new Just Cause game.

“Just Cause 3 is one of our most anticipated titles and we’re excited to build on everything the community loved about Just Cause 2,” said Phil Rogers, CEO at Square Enix. “With a beautiful 400 square-mile sandbox,  Just Cause 3 will offer players almost endless hours of creativity, destruction and awe-inspiring stunts this December 1.” 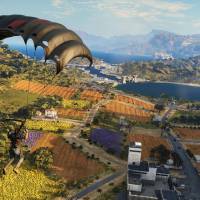 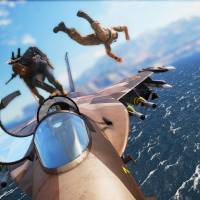 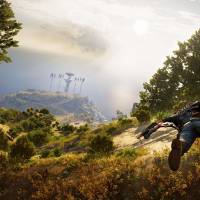 Without being too specific, Lesterlin promised the studio are aiming to redefine the open world genre with what they hope will be the best game in the franchise. With new gameplay features partnering polishing favourite mechanics from previous games, Just Cause 3 will offer the new wingsuit, a stabilized parachute,  an upgraded grapple hook, and much more.

Just Cause 3 will be released globally on December 1st 2015 for all PlayStation 4, XBOX One and PC. It promises to be explosive.