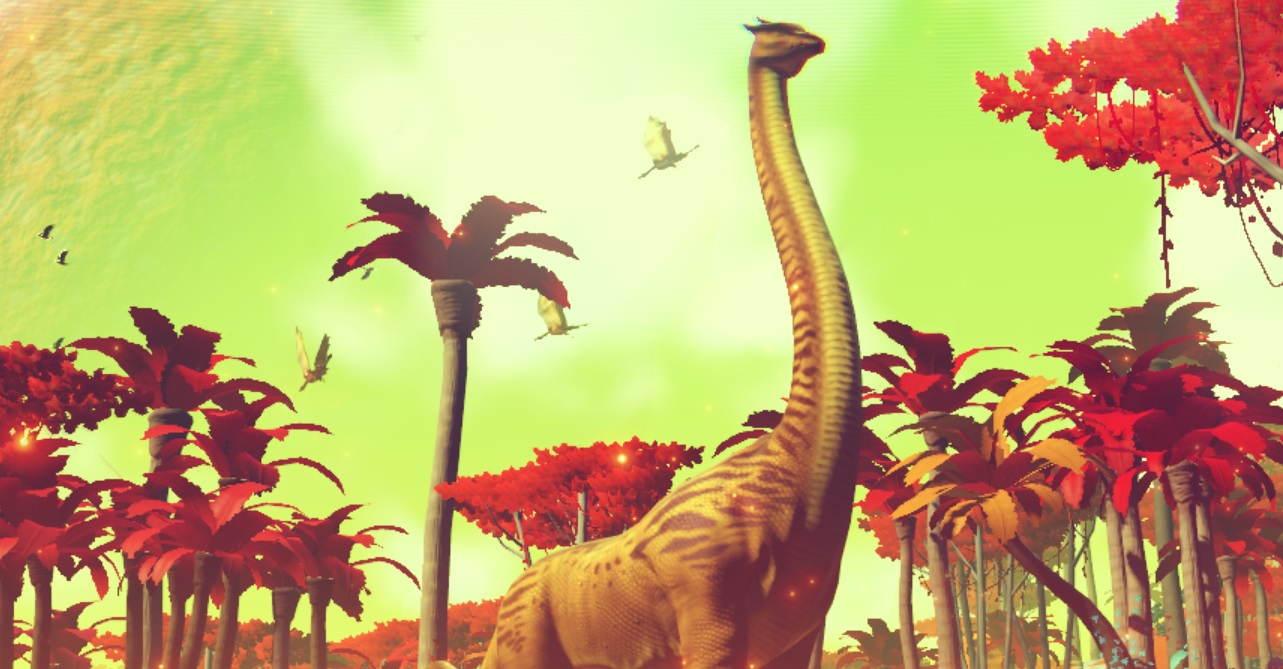 Following on from the sheer amazement of The Last Guardian, Sony pulled yet another ace from their sleeve. The gaming world has been speaking highly of No Man’s Sky for quite some time now, but we’re still a while away from any kind of real release date. We’ve seen numerous samples of gameplay in the past, but here at E3, Sony are finally giving consumers the chance to see the game in full swing.

The latest slice of gameplay shows us what it’s like to set foot on the randomly generated planets that the game has to offer. Starting off in your trusty spacecraft, you’ll make your way to new randomly generated planets that will hold many new wonders for you to explore. That alone is enough to excite any player, but then we were shown more. Firstly, all planets are fully destructible, which doesn’t sound like a lot, but it adds great new possibilities to the game. A lot of these planets also have their own sentient guard and lifeforms that you will have to battle in order to survive.

Despite all the awesomeness on display, no real release date for No Man’s Sky was revealed. While irksome, we can’t be mad. No Man’s Sky is shaping up to be one of the most exciting games of recent times, stick with VGU for further updates.