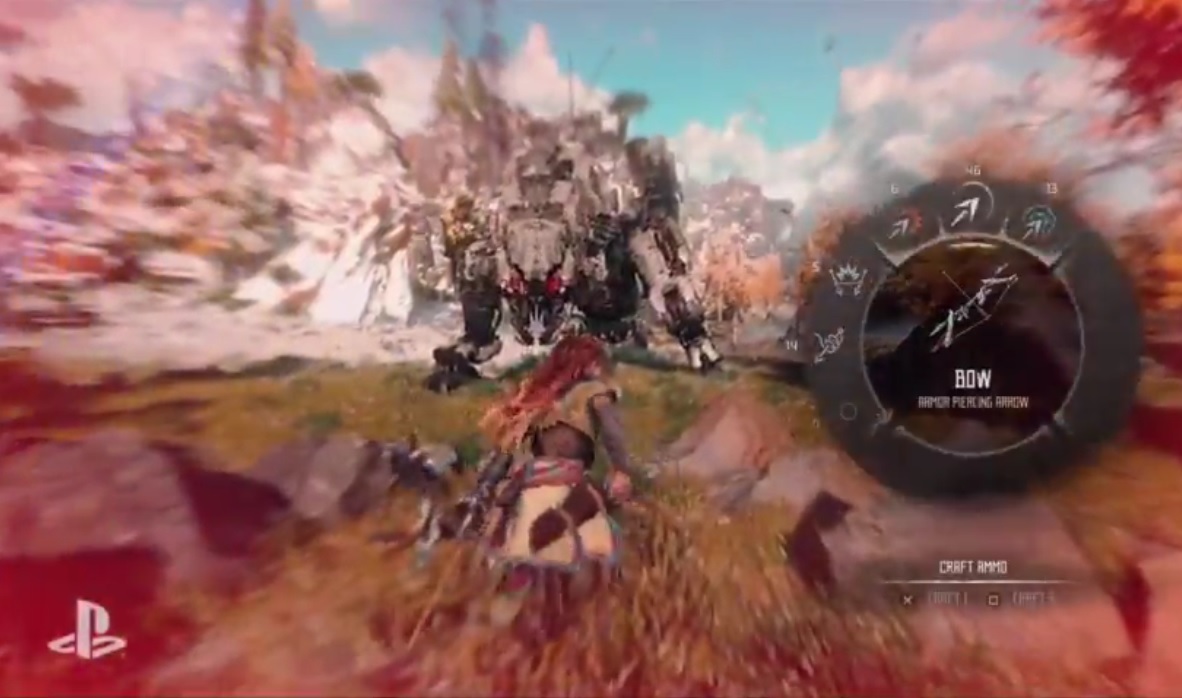 Guerilla Games has announced their latest game, and a new IP, Horizon at the Sony press conference. The story concerns a far-future, long after an apocalypse has reset humanity to tribal hunters. This is a third person action game which follows humans while they tackle robot dinosaurs in a beautiful-looking setting. The early humans are referred to as the Old Ones, and we have no knowledge of how things ended up like this. It looks very cool to see how nature takes the planet back from humanity.

This is a really interesting concept, and the demo showed a female hunter taking down huge mechanical beasts, shooting it with arrows and ripping heavy weapons from it and then using them against it. Eventually the beast is felled, and we are intrigued by this world.

Unfortunately, there is no release date, but it stands to reason to expect a date somewhere in 2016.