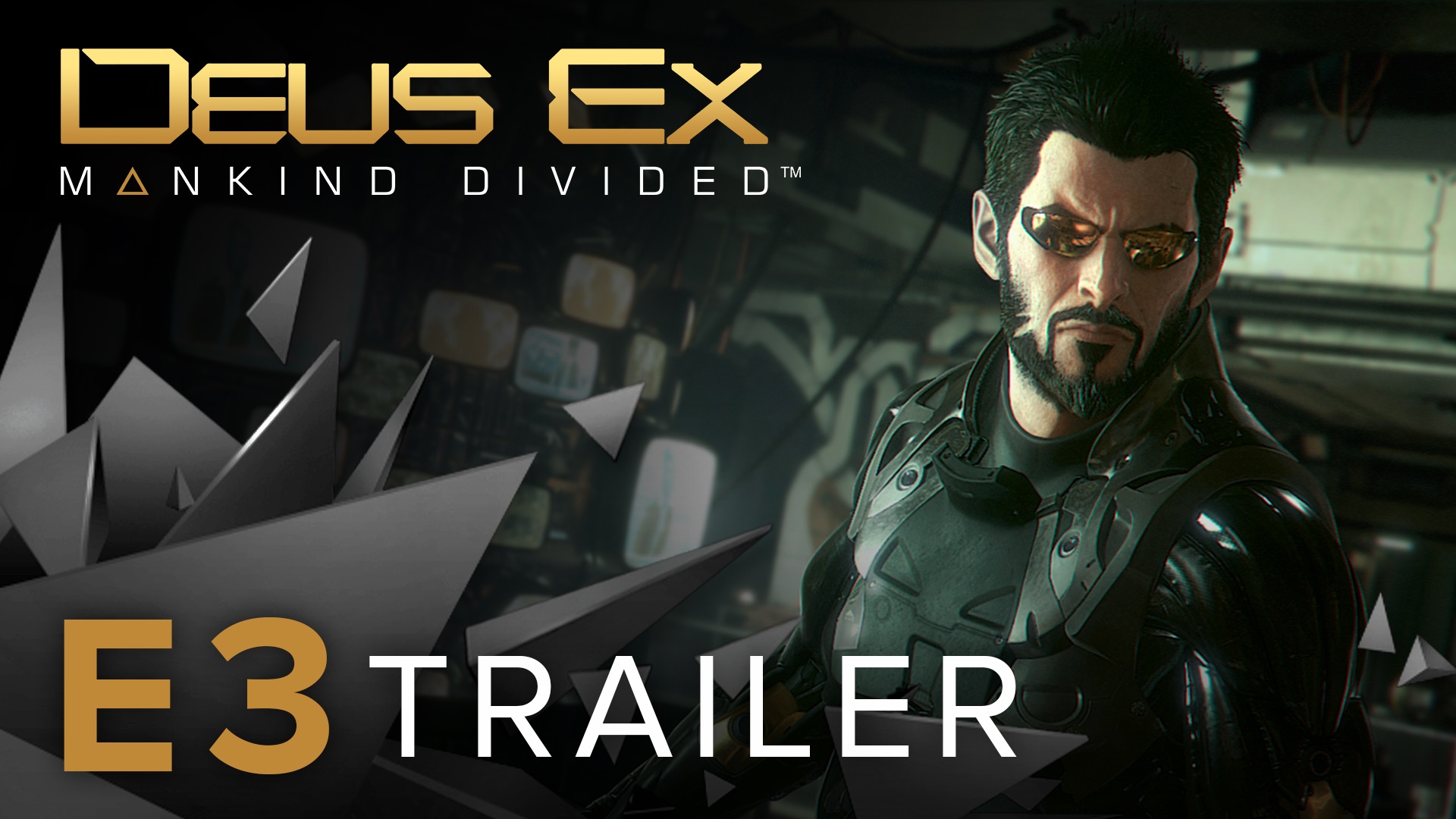 Eidos-Montreal showed off Deus Ex: Mankind Divided at Square Enix’s E3 conference. New information has been added to this article since the reveal at E3. The conference includes the very first in-game trailer for the new Deus Ex title. There is also a 25 minute gameplay trailer, comprising of footage of an alpha build, available on Youtube.

“Now an experienced covert-agent, Adam Jensen is forced to operate in a world that has grown to despise his kind. Armed with a new arsenal of state-of-the-art weapons and augmentations, he must choose the right approach, along with who to trust, in order to unravel a vast worldwide conspiracy.”

Built by the same team as Deus Ex: Human Revolution, Mankind Divided is set in 2029. Adam Jensen has left Seraph Industries and joined Task Force 29. New weapons and enhancements on offer to the player are combined with choices that change the story as it unfolds, ultimately determining the end of the game.

Deus Ex: Mankind Divided will be available in early 2016 for PC, Playstation 4 and XBOX One.