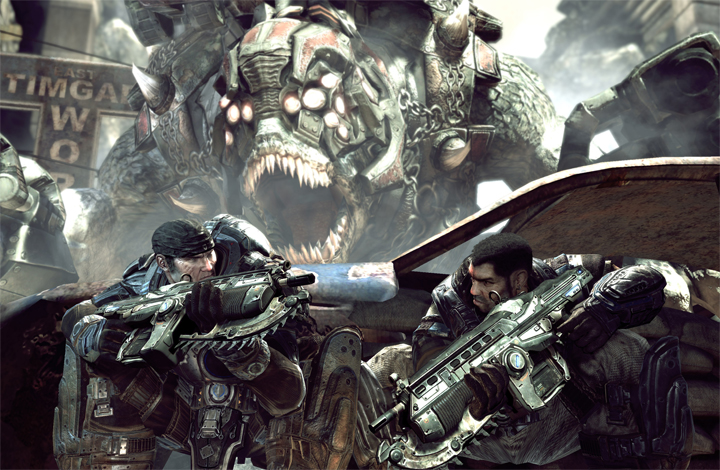 Microsoft announced at their E3 conference today that Gears of War Remastered is coming to Xbox One on August 25th. The will include a whole host of new features befitting the new hardware.

Gears of War originally launched in 2006 for the Xbox 360, and went on to spawn a couple of sequels throughout the generation, and turned its lead designer, Cliff Blesinski, into a celebrity almost overnight. Microsoft announced that the first game in the series is getting a remaster. Interestingly this is not a trilogy box-set, but simply the first game.

1080p/60fps gameplay and dedicated servers are among the biggest new features, but there are many more. New gametypes such as Gears-3-style King of the Hill, as well as a few features from the PC release of Gears of War. Interestingly, there is also new content for the single player campaign, apparently clocking in at 90 minutes. New controls schemes will also be available, as well as 7.1 surround sound. As an added bonus, the game includes all 17 characters from the original trilogy in the multiplayer. Also added is the marking feature from Gears of War 3.

Remasters have been coming left, right and centre recently, and they don’t show any signs of slowing down. Gears of war is the latest remaster for Xbox One after the Master Chief Collection, and while it can be debated whether or not so many remasters should exist, the fans of these games will be please to see their favourites given new life by new technology.

Gears of War Ultimate Edition releases on August 25th for Xbox One.